Neochim Invest consortium already owns almost 60% of the Dimitrovgrad-based fertilizer plant Neochim. That became effective after 226,805 shares (8.5% of the total number) were sold at the stock exchange.
Tosho Dimov, Neochim's Financial Director, who is also among the main shareholders of Eurofert, said to the Banker weekly that these were preference shares of Neochim staff, which they have sold through Zagora Fincorp brokers house. After the transaction the ownership of the two major shareholders Eurofert and the Lebanese Karimex, is maintained to 39:12 of the company's shares.
The price against which the staff has obtained these shares from the PA was BGL1.10 apiece. That is why it seems somewhat strange that they were sold at the stock exchange for BGL0.75. Probably the company employees were easily persuaded because they have paid 70% of the shares price through compensation instruments and investment bonds. Actually each Neochim share costs BGL0.44 for them. The number of employees wishing to buy preference shares was relatively small (about 300 people), so that each of them could acquire about 3,000 shares. That means that the net profit for each employee from the total operation would reach BGL900 - a good sum, but only for covering the Christmas holidays expenses.
Eurofert, Neochim's main shareholder, is owned by 37 managers of the Dimitrovgrad-based plant. Seven of them, however, own 95% of Eurofert capital. They are actually the members of Neochim's Board of Directors. The Lebanese Karimex is owned by Karabibar brothers and to Jamal Hamoud. 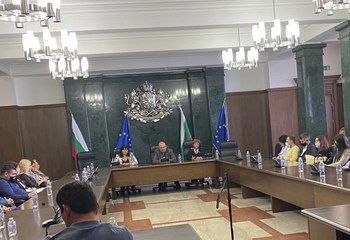