MINISTRY OF LABOUR AND SOCIAL AFFAIRS MAKES ITS PROGRAMME PUBLIC

More and more people should be getting regularly their wages by the end of next year. This is the target of the programme for government of the new team of the Ministry of Labour and Social Affairs, which was officially announced two days after the first urgent economic and social measures of Simeon Saxe-Coburg-Gotha's Cabinet were made public.
The document is worked out in such a way as to ensure balance between the financial risk and improve living standards, Deputy Premier and Minister of Labour and Social Affairs Lidiya Shouleva pointed out, specifying that concrete mechanisms for the realization of these aims are yet to be discussed. The issue was neither clarified by this part of the programme, which was presented by the Ministry, although its team of deputy ministers is already completely recruited.
The opinion of most experts is that the announced action looks more like a puzzle, as a part of something that cannot be seen as a whole management strategy. On the very same day the Confederation of Independent Trade Unions in Bulgaria reacted against the proposed patchwork measures.
The programme in the sphere of social policy is in compliance with the the Government's stratgic purposes, and mostly with the expectations of a quick economic growth, which will result in opening of new working positions, Ms. Shouleva explained the priority of her Ministry. Although she is fond of facts, in her own words, the projected measures for 2001 and the following years do not include any specific figures. Suddenly, the 100,000 new working positions towards which Bulgarians are so painfully sensitive and which the National Movement Simeon II had promised prior the elections to open each year of its mandate, disappeared from the announced concreate measures. Fighting unemployment will be the Ministry's first and most important task because it has already reached and for a second year stays at the critical maximum of 19-20% according to national statistics, Ms Shouleva said. However, she did not pledge herself to any specific figures, and the programme neither specifies the projected decrease in per cent. The social and economic demands which the syndicates handed to the Government include a concrete requirement for reducing the unemployment rate to 15% by the end of 2002.
We'll work out a new income policy for the term of our mandate, Minister Shouleva said. However, only two points of that policy have been specified so far: speeding up the increase of minimum incomes and full inflationary protection of the minimum wage, and Gradual growth of pensions and providing their full inflationary protection. The target growth of real incomes, the term within which they should be raised, and the projected size of the average salary and social allowances, were not specified either.
Legislative initiatives are yet to be worked out, Ms. Shouleva said. The draft social bills to be entered Parliament at its autumn session, which will be opened in about ten days, are presently discussed.
The Cabinet's measures, aimed to increase Bulgarians' living stanadrds, will be also served in portions - when the right time comes. 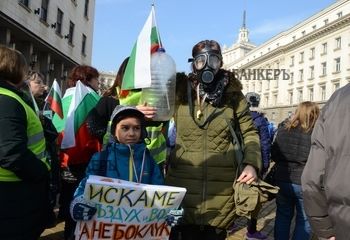