Milk production in Bulgaria cannot meet the needs of dairies, according to the Ministry of Agriculture and Food. So, the country imports significant amounts, mainly from European countries like Hungary and Romania. According to experts from the Agriculture Ministry there is a market niche to increase the production of Bulgarian milk by 40% in the coming years. To do this, it is necessary to improve conditions on farms, and their products to comply with the European requirements. It is no secret that in our country only about 47% of milk production covers European standards. The country has 76,000 farms for cow's milk production, but most numerous are those of the third-class category - 23,127. Their strongest concentration is in Plovdiv, Sliven, Yambol and Dobrudzha. There, according to experts, the conditions for cattle breeding are most favourable.
Cow's milk is the most consumed processed food in the European Union. Over the past two years, increasing the average number of milk cows per farm has been registered, which in the opinion of experts is a sure guarantee that the sector is restructured and is expanding. Seven or eight years ago the majority of farmers were aged over 60 years and had on average one cow. Today the farming business is attracting younger people and the average number of cows on a farm is now 4.5.
There are good signs for the dairy sector, too. Indicative is the increasing export volume of Bulgarian dairy products in recent years. In 2010 alone it doubled compared to the previous year - from 19,000 tonnes to over 36,000 tonnes. 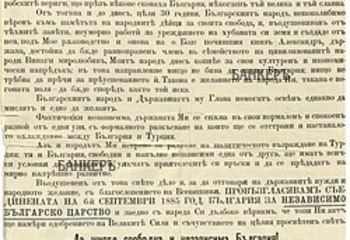