LOAN ON SOFIA UNDERGROUND, NEGOTIATED WITH A JAPANESE BANK, SIGNED BY MAYOR SOFIANSKY

The Japanese Bank for International Cooperation is to extend a loan of USD104MN for the construction of a section of the Sofia underground under an agreement signed on January 6,2002 by the capital city's Mayor Stefan Sofiansky and Mitsuyashi Iuata, CEO of the Japanese bank. The Sofia Municipality will get the credit for the new section of the underground against a state guarantee. This is the best loan I have ever signed, Mr. Sofiansky commented, recalling a number of deals he had closed. Among them are the loans allocated to the Sofia Municipality by the World Bank, the European Bank for Reconstruction and Development, the International Monetary Fund, and the Municipality's Eurobond issue. The loan is repayable in 30 years at a 2.2% annual interest, including a 10-year grace period.The funds are earmarked for an extension of the Sofia underground along its most difficult section downtown Sofia - from the St. Nedelya square to Interpred's building. The bulk of the money will be invested in the construction of an underground guard, intended to keep Sofia's central part unexcavated. The balance is earmarked for technical projects, construction and assembly work, and consulting services.Tender procedures for nominating the project's contractor are to be prepared within six months. The tenders themselves will last between three and five months, Mr. Sofiansky explained. Our optimistic expectations are for the project's implementation to start in the beginning of 2003, Mayor Sofiansky added.The Sofia Municipality plans to stop its subsidies to the underground by 2008, when it will be already able to accumulate proceeds for paying off the debt. 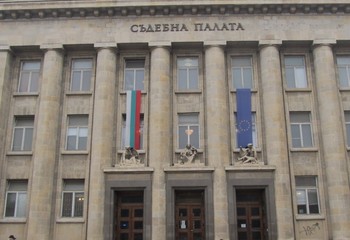