KREMILIN CASTS A SHADOW ON BIOCHIM

WHILE BCC IS BARGAINING WITH BANK AUSTRIA, THE BULGARIAN GOVERNMENT WILL HOLD NEGOTIATIONS IN MOSCOWBank Austria has three weeks at its disposal to convince the Bank Consolidation Company (BCC) that its purchase offer for Biochim Commercial Bank is the most advantageous, after on May 30 BCC's Board of Directors (BoD) gave it the status of a preferred buyer. The other two candidates for Biochim - the consortium between ROSEXIMBANK and the Russian Mezhprombank, and HEBROSBANK in partnership with the investment fund Charlemont Capital, will also have a chance to negotiate with the BCC, but only if Bank Austria fails.The negotiations for Biochim's sale will begin in a foreign political situation, which is quite tricky for Bulgaria. On June 3 Premier Simeon Saxe-Coburg-Gotha leaves for a visit to Russia. Bulgarian-Russian economic relations will be discussed during his meetings with President Vladimir Putin and PM Vladimir Kasyanov.The final agreement for the setllment of Russia's USD98.5MN debt to Bulgaria is to be signed in Moscow as well. The bulk of it will be paid off through deliveries of nuclear fuel (worth USD49.5MN) and spare parts for the Bulgarian air-forces (worth USD25MN).It is expected that Biochim's second canidate buyer - the consortium between ROSEXIMBANK and the Russian Mezhprombank will also try to lobby during the bilateral meetings. According to pundits, Mezhprombank has a powerful lobby in Kremlin. Some Moscow media dedicated dozens of pages to Sergei Pugachov, who is a member of the Council of the Russian Federation and of the Bureau of the Russian Union of Industrialists and Entrepreneurs. In February 2002 he resigned from his post as chairman of Mezhprombank's Board of Directors in order to head the Committee on Financial Markets of the Russian Federation. He is said to be a close friend of President Putin, and electronic media name him Kremlin's grey cardinal.But the deal on Biochim shall not be decided in Moscow. Financiers, acquainted with the intentions of the three bidders, claim that the offers of Bank Austria and of the Bulgarian-Russian consortium are very similar. The Austrians have been preferred as they offered the highest purchase price for 99.6% of Biochim's shares.When announcing its choice of the preferred buyer BCC's BoD did not specify the exact amount which Bank Austria is ready to pay for the Bulgarian state-owned credit institution. According to some brokers, the amount exceeds BGN110MN. The reproach to the Austrians is that they damanded from the BCC to undertake big commitments for compensation in case undeclared liabilities of Biochim were discovered after its privatisation, or if the bank is sentenced in any of the lawsuits in which it is a side. According to some financiers, the guarantees demanded by Bank Austria amount to some 50% of the purchase price, offered by it. At the same time, the Bulgarian-Russian consortium offered a slightly lower price from that of the preferred buyer, but did not insist in front of the BCC for guarantees except those, written in the documents which the candidates had to fill in when submitting their offers.In the next three weeks the BCC will be holding negotiations with Bank Austria on the amount of the demanded guarantees and will try to reduce their amount. It's not a secret for most financiers that the Austrians e are favoured by the former investment bankers - the Deputy Premier and Minister of Economy Nikolai Vassilev, the Finance Minister Milen Velchev, and his deputy Krassimir Katev. The question is if they'll take the risk to sell Biochim, undertaking to furnish its buyer with big guarantees for compensation. Meanwhile, a rumour has been circulating financial circles for a month now that Bank Austria is in fact playing on behalf of Denis Ershov, who tried to buy Biochim during the first procedure for its privatisation in the summer of 2000. Then, NEFTINVESTBANK (controlled by Mr. Ershov's companies) was nominated by the BCC preferred buyer. But in the last moment the then deputy premier and executive director of BCC Petar Zhotev demanded from NEFTINVESTBANK detailed information about the companies, which are its shareholders, no matter what stake in its capital they held. Although Mr. Ershov agreed to present the demanded data, BCC decided (without giving any explanations) to stop its negotiations with NEFTINMVSTBANK.Pundits claim that if the BCC undertakes the guarantees, demanded by Bank Austria in the present (third) attempt for Biochim's sale, it will provoke a grand scandal. 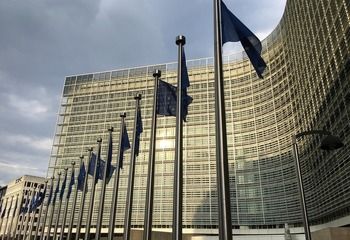 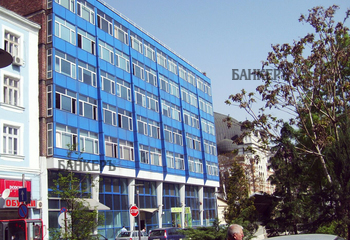