KREMIKOVTSI AND VASSILEV TRY TO OUTWIT EACH OTHER ABOUT BGN300MN

The problems between the iron and steel works Kremikovtsi and the Ministry of Economy will obviously continue, having in mind the complete divergence of information, coming from the two sides. Some 10 days ago Deputy Premier and Minister of Economy Nikolai Vassilev announced in Parliament that the debts of the iron and steel works totalled BGN837MN by November 30, 2001 and its receivables amounted to BGN267MN, most of them connected with offshore companies. According to Mr. Vassilev, Kremikovtsi does not pay any expenses for its production except for the wages to workers. However, the Executive Director of the enterprise Valentin Zahariev announced quite different information on Monday (April 8). He claims that by end-December Kremikovtsi's liabilities amounted to BGN550MN, and its receivables were BGN100MN.Mr. Zahariev noted that a great part of what was announced in Parliament is not true and insured himself against future attacks by adding: Don't write that I've called the Vice Premier a lier. Practically, it turns out that somebody is deliberately manipulating the figures in order to outwit his opponent. Because the different data are hardly due to accounting mistakes of any of the sides. Mr. Zahariev expressed his satisfaction that the parliamentary commission, which should come out with a stance on Kremikovtsi's case, will also discuss the enterprise's hidden liabilities from the time before its privatisation. In the words of the Executive Director they were almost BGN300MN and Finmetals Holding (which owns 71% of Kremikovtsi's capital) will probably demand reduction of the enterprise's debt by that amount. The State will struck its counter-blow in a month. By end-April Finmetals should sumbit to the Privatisation Agency (PA) the report for the fulfillment of commitments for 2001, undertaken by the company. Under the contract for the divestment of Kremikovtsi, closed in the summer of 1999, Daru Metals (later on renamed to Finmetals Holding) undertook to invest USD50MN annually for a period of six years. Mr. Zahariev underlined that BGN130MN was invested in 2000, which is an overfulfillment of the commitments. Data for 2001 are not ready yet, but having in mind that the year is more difficult for the market of metals and PA's stricter requirements for approving certain activities as investments, it could be supposed that Kremikotsi's owner will face problems.Mr. Zahariev is sure there is no danger of revoking the privatistion deal as no such possiblity is stipulated in the sale contract. In case the undertaken commitments are not fulfilled, sanctions amounting to 50% of the unrealized investments are imposed, and fines when the sanctions are not paid. The PA may only seek its rights through court.Strange as it may seem, Kremikovtsi is likely to profit from the protective duties for steel imports, introduced by the USA. Mr. Zahariev announced on Monday that since their introduction the price of Kremikovtsi's products increased by EUR30-35/t. The reason is that under the law, passed by the US Congress, the higher duties hit only the countries, holding more than 3% in the US steel imports, i.e. Poland, Russia, and some Middle East countries. Their removal from the US market presently opens niches where Bulgarian enterprises of Kremikovtsi's rank could enter. Kremikovtsi has no chances of reaching 3% of the US steel imports but may sell decent quantities there, Ivan Dremsizov, Manager of Ferexim OOD which trades in metals, believes. Producers from Poland and the other countries, affected by the new US law, will probably try to stay on the US market indirectly, but this would require time and resources. They can export to Canada, for instance, and after a slight procesing the metals may be forwarded to the USA, Mr. Dremsizov hinted.But Kremikovtsi will be hit by the protective duties, imposed by the European Union (EU), which will enter into effect after imports into the EU-countries reach the 2001 level. Mr. Dremsizov predicts that this would happen as early as in the summer due to the decreased possibilities for export of Polish steel overseas. Metals from Poland, and from the Czech Republic and Hungary as well, will be almost entirely directed to the EU. Kremikovtsi's opportunities for exporting its products to the western countries will decrease after the protective EU import duties enter into effect. The duties will be different for the various kinds of steel, but will be in the range of 30-40 per cent. Therefore, the enterprise's executives are seeking new expott opportunities, and two months ago Valentin Zahariev signed an agreement with the Turkish company Kibar Holding.Kremikovtsi's Executive Director hopes that in the third quarter of 2002 the enterprise will resume its usual monthly output of 110,000 tons. In the autumn of 2001 it was reduced by 15% due to the low prices of steel on international markets. If the preices of the works' products continue to move as per expectations, Kremikovtsi will wind up 2002 with a profit of BGN10-15MN. Despite the change of tendencies (the enterprise was BGN11MN in the red prior the approval of its accounting report by the auditors), this result would be insufficient for payment of the company's liabilities and fulfillment of its investment programme.In this situation it is obvious that the money for investments should be ensured through external financing. Kremikovtsi has so far ensured half of the EUR33MN, which is necessary for completing the construction of the workshop for continuous steel casting, which began during the week and should be going on for 15 months. The creditors are a Bulgarian financial institution and two foreign banks. The workshop is being constructed by the Austrian company Voest Alpine, which delivered the equipment back in 1988, but its installation was stopped in the beginning of the 90s. The commissioning of the production line is pre-estimated by Kremikovti's management at between USD32-35MN.Mr. Zahariev explained that not only equipment but also the shares of Finmetals Holding in Kremikovtsi have been pledged against the financing. The PA imposed a ban on the sale of the enterprise's stocks to third parties, but not on putting them in pledge, Mr. Zahariev commented. 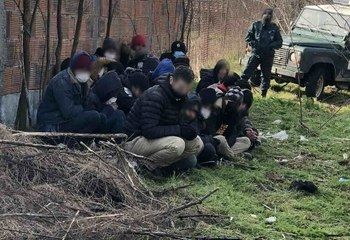