According to foreign investors the business climate in Bulgaria is unaffected by the crosos in Macedonia, in fact, investment climate here is improving and the increase in greenfield investment is a clear indication of this trend, claimed Deputy Prime Minister and Economy Minister Peter Jotev last Wednesday after a meeting with executives of foreign companies operating in Bulgaria.
The meeting was attended by Prime Minister Ivan Kostov. The Government invited the investors after foreign press reports alleged possible worsening of the investment climate in Bulgaria due to the events in Macedonia and the possibility of Bulgaria becoming involved in the crisis there.
At the meeting Kostov and Jotev emphasized that over the last ten years Bulgaria has enjoyed political, economic and social stability. This situation will not change, they insisted. It is very important for Bulgaria now to attract new and big foreign investors, they said. Jotev confirmed the Cabinet's commitment to rapid economic growth by which to secure a substantial improvement of the living standard in the country.
John Munnery, President of the Bulgarian International Business Association, said the major problem facing foreign business people here is the low effectiveness of the judiciary authority and the state administration. Munnery quoted a statement by Jean-Marc Peterschmitt, Director for Bulgaria of the European Bank for Reconstruction and Development, that Bulgaria is the best investment destination in Southeastern Europe.
The meeting was attended by executives of Bulgarian-based banks operating with foreign capital and of foreign companies such as Nestle, Metro, LUKoil, Union Miniere and Zagorka. 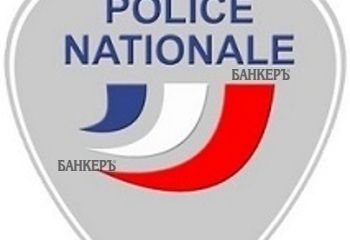