INSURANCE AND GAMES OF CHANCE MISTREATED

On February 8, 2001 at its regular weekly meeting the Council of Ministers adopted the structure and activities regualtion of the newly established Insurance and Games of Chance Supervisory Agency. Establishment of a combined supervisory board has been under discussion for a long time. It, however, was established de jure after the amendments to the Money Laundring Act were voted by the Parliament on December 21, 2000.
The assets, liabilities, archive, as well as other rights and responsibilities of the supervisory units for insurance and games of chance were transferred to the newly established agency. It is a juridical person, registered in Sofia. Its director is appointed and released by the Council of Ministers. According to the voted internal regulations, the director should have either legal or economic background, with a minimum of 5 years experience. By appointing a director to the new supervisory agency, the authorisation of the directors of Insurance Supervision Directorate and Games of Chance Supervision General Directorate is terminated. The new director is responsible for appointing and releasing the Agency's staff. He is responsible also for offering to the Minister of Finance the number of staff needed for the Agency.
The activities of the Supervisory Agency will be carried out by a general and expert administration. Second ranking in terms of authorisation and responsibilities will be the Agency's Secretary General, who will undertake the administrative management of the unit. He will be responsible for the organisational link between the director and the administrative units.
The expert administration will be organized in two divisions - Insurance Supervision Directorate and Games of Chance General Directorate. The two divisions have the same tasks as the recent supervisory units of insurance and games of chance. 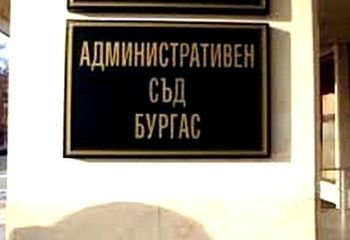