HAULIERS TO PAY AT ONE DESK AT KAPITAN ANDREEVO

The Ministry of Transport and Telecommunications will prepare a pilot project for servicing at one desk at Kapitan Andreevo, the biggist check-point along Bulgaria's border with Turkey. The news was broken on Thursday (January 8) by Deputy Premier Nikolay Vassilev.The practical realization of the idea for servicing at one desk means that all customs, veterinary, road and other taxes, owned by the hauliers to the Treasury, shall be paid at one place. In the words of Mr. Vassilev, this should maximally reduce the time for passing the border. This measure is part of the overall programme for modernization of our check-points, prepared by the Government. Premier Simeon Saxe-Coburg-Gotha has assigned to some of his Cabinet's members to work out by January 26, 2004 specific measures for the introduction of European standards when servicing hauliers in Bulgaria. The task was assigned to the Finance Minister Milen Velchev, the Agriculture Minister Mehmed Dikme, the Minister of Regional Development and Public Works Vesselin Tserovsky, the Foreign Minister Solomon Passy, and the Interior Minister Georgi Petkanov.They have also been instructed about the directions in which they should work. The Cabinet projects reconstruction of the Bulgarian border check-points and build new lanes for the heavy-duty trucks, going in and out of the country. Hauliers comment that presently the TIR-trucks enter Turkey via many laces, but go out along only one. This frequently causes very long queues, especially in the summer months when the traffic is most heavy. It is projected that is such peak moments the number of customs officers on the respective shift should be increased in order to avoid delay of the processing of cargo. Another serious problem for which a decision will be sought is the outdated infrastructure. According to branch insiders, importers' difficulties arise from the fact that the cabins for control on Bulgarian territory are not at the level of the passing TIR-trucks and sometimes are not even situated on the driver's side. In end-October 2003, the Deputy Finance Minister Stamen Tassev opened the construction works for renovation of check-points in Gyueshevo and Kapitan Andreevo, which include the overcoming of those difficulties. The money for the repairs are from the EUR7.4MN loan, extended to Bulgaria by the World Bank in May 2000.The regime for weighing the TIR-trucks at the border will be probably also changed. The representatives of transport firms in the country have long along been insisting that the Government should reach an agreement with the neighbour countries for the introduction of a unified certificate for weight. If this becomes a fact, the vehicles will be weighed only at one side of the border. Presently, traders lose valuable time while waiting for their trucks to be put on the weighbridge, both on Bulgarian and foreign territory. According to pundits, in case that proposal is accepted, it would seriously reduce the profits of the employed in the Road Taxes and Permits service (with the Ministry of Regional Development and Public Works). According to rumours, they are envied by the customs officers, as the possibilities for further control with the weighbridge are limited. The Ministry of Agriculture and Forestry will be probably deprived of serious proceeds. It collects the taxes from the presently mandatory prophylactic disinfection. However, the Transport Ministry insists that it should be done only if real danger of epidemic outbursts exists. 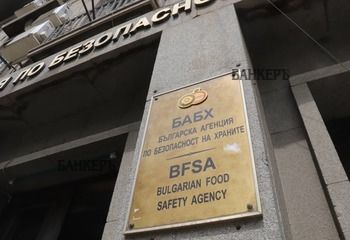 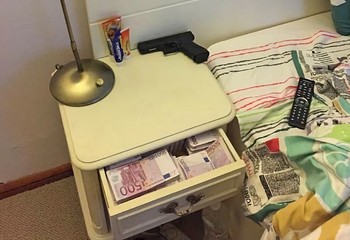