Chances that the number of border check points between Bulgaria and Greece would increase soon are considerably growing. In the beginning of the week it became known that our southern neighbour country has at last succeeded to ensure the EUR70MN, needed for the construction of the road from the Greek town of Komotini to the Makaza pass. EUR20MN will be ensured under the EU's Interreg programme and co-financing will be from Greece's state budget, the Mayor of Komotini Tasso Vavatsakis specified.The bilateral agreement for establishing the road connection Kurdjali-Komotini, along with the highways Gotse Delchev-Drama and Rudozem-Xanthi, was signed back in 1995. According to preliminary plans, they had to be commissioned in 1998, but the terms for their opening are ever and ever being postponed. The delay is mainly due to Greece. Only after the EU demanded an explanation for the delayed establishment of the boarder check points did Athens stir up and promised to fulfil its commitments by the end of 2006. A 28-km motorway is to be built in order to connect Komotini with Kurdjkali. Six kilometres of it are ready, the Greeks claim, but feasibility studies for the entire construction will be completed in end-August 2005, and an international tender for a contractor will be invited afterwards. No matter how quick officials in Athens are, the Bulgarian section will be ready considerably before theirs. By the year-end the Turkish consortium Kiska-Turan Hazinedaroglu should have constructed the 18-km section from the town of Kirovo to the Makaza pass. The project is worth EUR18.6MN. of which EUR14.6MN has been released under the EU's PHARE programme and the balance will come from the state budget. There is also progress in the implementation of the project for a border check point between Rudozem and Xanthi. The first sod for the road to the boarder check point was made in the beginning of June. Construction work will cost EUR7.6MN, of which EUR5MN has been ensured by PHARE and the balance will come from national co-financing. The Austrian-Bulgarian consortium Rudozem, uniting the Austrian company Strabag and two Bulgarian firms - Inzhstroy OOD and Viastroyengineering OOD - was chosen to implement the project. Construction supervision will be effected by the Belgium consortium SAFEGE Consulting Engineers. Within two years a new 10-km section to Rudozem should be built along the route of the old Xanthi road which has not been used since 1947. The contractor should also build road facilities - crash barriers, protective fences, pavements, place vertical and horizontal road markings, and so on. The project for the road has been prepared in accordance with the expected future traffic and 60 km/h speed.The situation regarding the Gotse Delchev-Drama road connection is much more dramatic. Construction was delayed there due to the protests of Greek ecologists. A special tunnel had to be build in the region of the Ilinden border check point order to allow the local brown bears to walk undisturbed between the two countries, although according to the ecological monitoring there protected tetrapods are only three. The bear tunnel on Bulgarian territory is 150 m long, and 400 m long on Greek territory. The project is worth EUR3MN, of which EUR3MN was allocated by the PHARE programme. 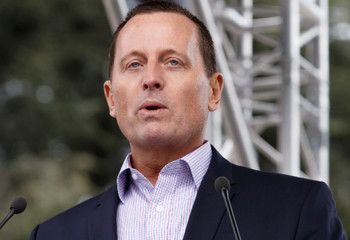