Goethe Institut in Sofia was moved this week to No 1, Budapest street. Elder citizens of the capital remember the lovely building in the most romatic oasis of Sofia as the premises of the Traffic Control, which earlier housed the Academy of Music. The Germans liked it and had to wait for the Bundestag to permit the financing of the overall repair. Germany considers its cultural policy abroad a reliable means for continuous influence, which is much more independent than the political and economic ones in the quichly changing political circumstances. In his famous report Fon den Steinen underlines the two directions of Germany's cultural policy, which should soften up the French and Russian influnce in Bulgaria in the beginning of the 20th century: dissemination of the German cultural riches among the Bulgarians and studying Bulgarian things.It is obvious that this philosophy has not changed much till nowadays, and Goethe Institut is its bearer. 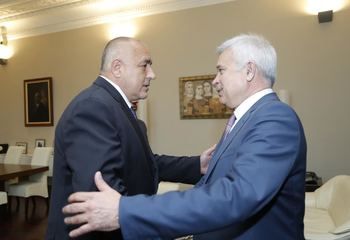