The hopes for the attraction of foreign investments to Bulgaria in 2003 are undoubtedly connected with the State's venture capital fund, which is expected to begin operations in the beginning of March. However, the Government's fund won't be the first herald of this kind of activities in Bulgaria. Practically, for almost ten years five private funds for alternative attraction of capital have been operating in this country. These are Global Finance, the Bulgarian-American Investment Fund (BAIF), the Bulgarian Postprivatisation Fund, the Fund for Promotion of Small and Medium-Sized Enterprises, and Caresback, which the BANKER weekly will present in several consecutive issues.The Greek Golobal Finance shall not take part in the tender invited by the Ministry of Economy for picking up a manager of the venture capital fund, the General Manger of the company's Bulgarian office Lyubomir Vutov told the BANKER weekly. Global Finance manages Euromerchant, Balkan Fund and the Black Sea Fund for investing in share partcipation in Bulgarian companies. It also intends to set up its third venture capital fund in our country. The attracted money will be invested in firms regsitered in Bulgaria's northern neighbour Romania. The establishment of Global Finance's new fund will probably coincide with the first steps of the Bulgarian state-owned venture capital fund.On the local market the Greek company's structures hold stakes in the croissans producer Chippita, in the fast-food chain Goody's, in the glas-maker Drouzhba AD of Plovdiv (into which Stind has recently merged), in the manufacture of aluminium joinery Steelmet, and in the well-known ice-cream company Delta. The strategy of Global Finance projects the minimum amount of investments made by its funds at USD2MN. Financing is usually for a period of six to nine years and after that the venture capital funds sell the staeks they have purchased.Mr. Vutov specified for the BANKER that in the first years after stepping into Bulgaria Global Finance stuck to the principle of buying stakes in Bulgarian companies in partnership with large Greek investors. A curious moment is that the Bulgarian period for Global Finance began on the eve of the serious economic crisis and hyperinflation in end-1996 and the beginning of 1997. According to Mr. Vutov, the firms in which Global Finance invested money at that time have survived thanks to their export most of all.In contrast to the widespread opinion about the heavy bureaucratic barriers to foreign investors in Bulgaria in the late 1990s, Euromerchant and the Black Sea Fund have not faced insuperable obstacles of the part of the state administration. Only clearks have tried to give them trouble. Privatisation, however, was a great dissappointment to them.Another scourge while Global Finance was strenthening its position on the Bulgarian market, in the words of Mr. Vutov, was the poor customs control on the import of shaped aluminium from Greece and Turkey. According to him, Steelmet suffers considerable lossed from the illegal import of aluminium products at lower prices.In working out its new investment plans Global Finance intends to seek cooperation of Bulgarian companies primarily. In teh beginning of February the Black Sea Fund is expected to announce a considerable investment in a local enterprise. It will be a result of a joint Bulgarian-Greek project. For the time being, however, the details and the name of the company, a stake in which will be purchased, are kept secret.A serious challenge to Global Finance in the near future might be the form in which its first fund in Bulgaria - Euromerchant - will go out of several companies.This will be necessary because the term, set by the venture capital fund for parting with a profit from its shares in Steelmet, Chippita, Goody's and Drouzhba, elapses in December 2004. One of the options is to resell the stakes to the major shareholders in the above-mentioned companies. The alternative is is the so-called cross-listing on the stock exchanges in Sofia and Athens. Cross-listing means that the shares are registered on one of the capital markets, but are sold in the other counrty as well. 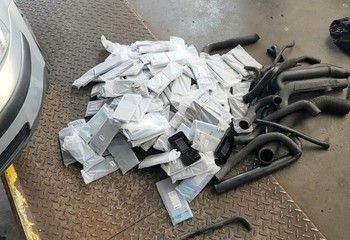