Although the prognoses regarding the winter tourism development in Bulgaria are not so rosy as they used to be several years ago, the issue about the construction of Rila highway which should link Sofia with Borovets emerged again. Kalin Peshov, Glavbolgarstroy executive director, stated on November 12, 2008 at the Public-Private Partnership in Action national conference that his company has long ago prepared for the highway construction and it is planning to soon launch the project. However, Tsveta Kamenova, head of the National Agency Road Infrastructure (NAPI) supervisory board, hurried up to explain that Glavbolgarstroy is allowed to do so under the Concessions Act but if the site eventually becomes subject to concession the holding would not have any priority. But if we take into account how such tender bids usually finish in Bulgaria we can hardly believe to suchlike statements.
In fact, still at the end of 2007 Peshov's company showed its interest towards the highway construction and even negotiated with the Ministry of Finance, Ministry of Transport, and Ministry of Regional Development and Public Works. In the beginning of 2008, the National Expert Council on the territory regulation approved both variants of the future highway's route, which, besides Rila resorts will also link Struma, Trakia and Hemus highways. Moreover, Glavbolgarstroy singed in March 2008 an agreement with Deutsche Bank AG on the project's consulting and financing. The bank experts are also in charge with finding a strategic partner of the Bulgarian company. According to Peshov, the geologic report on the highway is already completed, too. Currently, the Environmental Impact Assessment is in preparation and also calculations about the future traffic are being made. The construction and equipment works needed are already calculated and they would cost about EUR500MN, Peshov added.
Despite Glavbolgarstroy's serious preparation, the turning of the first sod is still ahead. Besides everything that the company has done so far it would also has to submit a pre-investment investigation which NAPI would examine within three months. If we judge that the highway construction will benefit the state we will have to carry out our own investigation. Only then will the agency announce a concession procedure, Kamenova explained.
In accordance with the projects, Rila highway should be completed within three to four years and it would be 87.7 or 90 kilometers long depending on the variant chosen. The two variants differ in the number of tunnels. The maximum allowed speed will be 120 km/h and the roadway will be 25.5 wide.
Meanwhile it became clear that NAPI has paid off nearly BGN100MN for current repairs and wintertime maintenance of the country's road infrastructure. NAPI's executive director Ivan Atanasov explained that the funds were secured through the agency's budget and the state surplus as well. Remind that less than month ago the Parliament voted the sharing out of the budget surplus and about BGN300MN of it were allocated for roads. Out of this sum, BGN90MN are intended for road surface maintenance and snow shoveling, and the remaining BGN200MN are allocated for the Trakia highway construction.
And the debts to companies which have signed contracts for overhauls and construction of infrastructure equipment will be paid off within one week, NAPI's management promised. Thus, all debts of the agency which exceeded BGN272MN as of the beginning of October 2008 would be cleared. 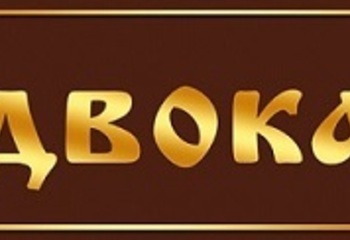