One Bulgarian and three foreign firms are the potential buyers of the vegetable-processing enterprise Storko, the Executive Director of the investment intermediary Elana AD Hristo Karamfilov, who currently manages the Pleven based-plant, told the BANKER weekly. Negotiations with the candidates should be completed within two weeks. The offered purchase price should not be less than USD1.5MN, at which the company's assets have been evaluated in its balance sheet. Under the requirements of the European Bank for Reconstruction and Development (EBRD), 30% of the price should be paid on signing the contract, and the balance of 70% - within a month.In compliance with the provisions of the Special Pledges Act, in end-June the EBRD took over control of Stroko AD in order to satisfy its receivables of EUR6MN. The EBRD entrusted to Elana AD the management of the enterprise and eventually the sale of the pledged property. It was divided into several groups, and a tender was projected for the core activity only (the production capacities and the trade mark). Later on the EBRD decided not to invite a new tender, but hold negotiations with the candidate-buyers who had sent letters of intent.More than half of Storko's ready products (evaluated at a total of USD1MN) have already been sold, Mr. Karamfilov specified. The immovable property - shops, warehouses, production workshops, and stations for purchase of agricultural products in Pleven and the nearby settlements - have already been officially transferred to their new owners. The EBRD got from them USD850,000.Storko was privatized on November 2, 1995 by Luxcraft Trading Ltd. (registered on the island of Jersey, Great Britain), owned by the Israeli Geller group. The offshore company paid USD100,000 for 80% of the enterprises' assets, undertaking to pay off its liabilities of USD12.9MN and invest another USD6.5MN in machines and new technologies by 1998. Till April 1996 the EBRD allocated to Storko USD8.25MN against the entire enterprise pledged as a guarantee, and another USD1.75MN against acquirng a 13-percent share in the company. Two years later Luxcraft stopped servicing that debt.The EBRD acted differently towards another debtor - the paper mill Tselhart AD in Stambolijski. Then the credit institution and the International Financial Corporation bid at a public tender and purchased the enterprise's assets, setting up a new company - Paper Mill Stamboliski AD - in which the bank holds 50 per cent. EBRD's shares in the paper mill will be put up for sale. The buyer is the Polish company Intersell. 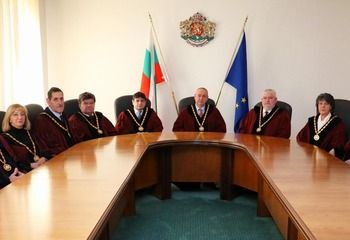 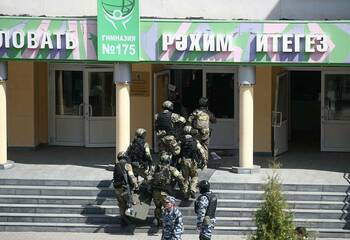