Deputy Prime Minister Nikolay Vassilev quite easily found an answer to the question: Is it better to cancel a futile deal, or it should be kept, but after imposing strict sanctions on the good-for-nothing privatizer?. Minister Vassilev picked up the second option as in such case not the budget, but the privatizer himself would have to pay for failing to fulfil agreed obligations. Theoretically Vassilev's decision sounds logical enough. The trouble is that it's hardly applicable. A vivid proof is the ill-fated Bourgas food-oil production company Kambana.The privatization saga of this leading enterprise started on May 28, 1997. Then 68% of the capital of Kambana were purchased by the Roterdam-registered Hellian Commodities private limited liability company, represented by Peter van de Linde. The deal was signed by Alexander Sabotinov, the then executive director of the Privatization Agency (PA) and presently an executive in the consultant company Raiffeisen Investment - Bulgaria. The Dutch had to pay USD5.5MN for the majority stake of the Bourgas vegetable oil refinery (USD43.28 per share) - USD3.8MN out of the sum were paid in cash and the rest USD1.7MN in government securities, denominated in US dollars (foreign currency ZUNK bonds). Nevertheless, the foreign buyer has still not paid up 25% (or USD1.375MN) of the deal price, despite the very convenient endorsement of 68% of Kambana's shares with only 51% of them actually paid.Hellian Commodities fails to fulfil other two important engagements included in the sale-trade contract. By 2001 the new owner had been supposed to invest in the Bourgas plant a striking sum of USD23MN and to increase its workforce from 530 to 620 persons. Both investments and staff increase had been strictly distributed by years - USD2MN in 1998, USD6.5MN in 1999, USD8MN in 2000 and USD6.5MN in 2001. In 1998 Hellian Commodities didn't bother to send its annual report to PA. So it was ruled the firm to pay USD1MN for failure to fulfil its investment program and BGN1,956,853 for failure to fulfil employment obligations. Naturally, no volutarily payment of the sanctions followed, but only in 2001 PA turned to court and filed case N734 in front of 6-th session of Sofia Civil Court (SCC). In 1999 another failure in fulfilling the agreed obligations followed and PA imposed USD3.250MN on missing investments and BGN332,181 on the promised only in paper work places. This money was not paid either and in 2001 PA filed second case - N651 in front of 3-rd session of SCC. The money sanctions imposed on Kambana's Dutch owners were boosted considerably after they also missed to present at PA their report for 2000 plus the documents required by April 30, 2001. For this reason on June 15, 2001, PA's Executive Council ruled two decisions. First, to impose defaults amounting to USD4MN for unfulfilled investment program and BGN2,656,080 for unfulfilled employment program. And secondly, to send a warning to the buyer of Kambana EAD - Bourgas that the privatization deal for sale of 68% of the enterprise will be cancelled. The buyer will be given certain term to try to fulfil its obligfations.Whatever term had been given to Hellian Commodities, it had obviously not been heeded as in 2001 PA was forced to open a third case - N1293 in front of VI-1 session of SCC. It is still unknown how long the three cases will loiter from one courtroom to another, yet it's very curious why only on June 15, 2001, PA's executives decided to cancel the deal for the sale of the Bourgas plant. Three months earlier the Bourgas Municipal Court ruled in favour of the claim of SG EXPRESSBANK on a receivable of BGN6MN from the vegetable oil refinery and opened insolvency procedure. PA's ignorance is more than obvious after it decided that the ill-fated plant should go state-owned again in this least favourable moment. 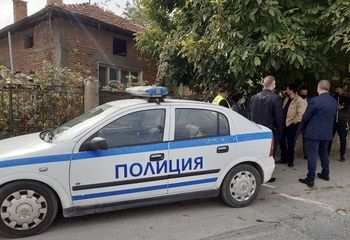