For the first time ever the Financial Supervision Commission may impose fines for inside trading on the stock exchange. Five violation statements have been submitted to the managers of Golden Lev managing company. According to the Commission's Deputy Chairwoman Dimana Rankova, the directors have traded shares of the company using information that has not been available to the public. That is a violation of the principle of equality. Fines for this type of violation vary between BGN20,000 and BGN50,000. The company itself was given 21 statements.Seventeen statements were sent to the Golden Lev investment company, as well. Four of them refer to breaking of the investment companies regulation, according to which investments in shares should not exceed 10% of a company's assets. The regulation allows for investing up to 20% of a company's assets in shares, provided that the commission gives permission for that. In this particular case, however, no such permission has been given. The Golden Lev investment company report as of December 31, 2003 shows that Sofia BT's shares in its assets account for 21%, whereas the stake in Plovdiv-Yurii Gagarin BT is 10.09 per cent. In cases like this one, a six-month term is stipulated for the company to sell the shares that go beyond the 10% restriction. Moreover, a requirement for investing 70% of the assets in shares traded on a regulated stock exchange has not been met, either. As each of the statements becomes valid, the company will have to pay fines ranging from BGN500 to BGN2,000.Representatives of Golden Lev announced they had filed objections against all statements issued. The Commission is going to review them within 6 months.As a result of inspections made so far, 56 statements have been written in the Investment Activities Department alone. Eighteen of them are against investment intermediaries. At present, the Commission is inspecting the former privatisation funds in details, too.The Financial Supervision Commission Chairman, Apostol Apostolov, said it is also possible that licences be suspended as a result. 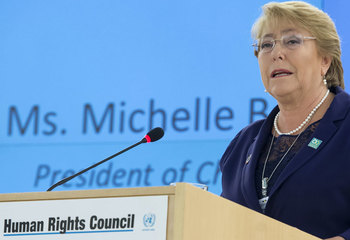