FERTILIZER PLANTS TO BENEFIT FROM PROTECTIVE DUTIES IN JULY

Both the Ministry of Economy and the Ministry of Agriculture were at a loss for several months whether to impose protective duties on the ammonium nitrate import or not. Yet now the problem seems to have solved itself. Presently, even if such duties are imposed, the measure will be pointless as the season for treatment with fertilizers is nearly over. Moreover, international prices have jumped up and producers from Romaina, Russia and the Ukraine have already attacked West European markets.The three fertilizer plants - Agropolychim - Devnia, Neochim - Dimitrovgrad and the struggling Chimco - Vratza, have now come out with a new offer - duties to be imposed from beginning of July till end-2002. At the same time the plants promised not to hike prices (except if prices of inputs go up) and thus protect the interests of agricultural producers. The period will cover most critical months - October, November and December, when last year Bulgaria imported record-breaking quantities of ammonium nitrate - between 70,000 and 85,000 tons and about 90,000 tons of carbamide. Most of the overall amount of 385,000 tons of fertilizers used in 2001 appear to have been imported through our northern border. Bulgarian enterprises find it hard to face the invasion due to high prices of natural gas - BGN250/1,000 cu m (before VAT). Russian consumers pay only USD11 for the same quantity.Minister Mehmed Diukme has obviously miscalculated that import leads to higher competition and thus lower prices for agricultural producers, Agropolychim's CEO Vassil Alexandrov said for the BANKER weekly. Our whole logistic network - ports, roads, stores, etc., does not allow the import of more than 200,000 tons of fertilizers a year. And it turns out that even in the weakest years as the present one consumption of carbamide and nitrate does not fall below 380,000 tons. Half of the amount should be provided by Bulgarian manufacturers and if they stop working as Chimco - Vratza e.g. (the fourth Bulgarian fertilizer plant Agrobiochim - Stara Zagora, has been in insolvency procedures for years and has slim chances of ever working again), then people will face shortcut of both nitrate and carbamide. In fact, there will always be someone producing, the question is that prices will not remain unchanged.Deputy Premier and Minister of Economy Nikolai Vassilev has already deposited at the Council of Ministers the protective duties' offer and it is very likely to be enforced for the second half of the year. Our enterprises exact that fertilizers' duty should be raised from its basic value - 25% to 49% (which does not concern Romaina as it is a member of CEFTA). The duty's size was such for several months in a row last year. Afterwards, however, the measure was cancelled after the Ministry of Agriculture accused plants of artificially raising prices on the domestic market.Plants' managers support their position with examples from the EU practice. In order to fight dumping in mid-April EU will increase duties on import of fertilizers from Russia and the Ukraine from over EUR20 to EUR47.07/ton. This will also benefit our fertilizer manufacurers in the autumn when they will be able to export at better prices. It seems, however, that by then both the Dimitrovgrad and the Devnia plants will stop working.Agropolychim will be producing nitrate by end-April, Vassil Alexandtrov forecasts. So far the enterprise has been working at full capacity and since November, 2001, has sold over 200,000 tons of ammonium nitrate abroad and about 100,000 tons in Bulgaria. Mr. Alexandrov says that export is running at a loss - the price at Varna port is USD80/ton at most, while production prime cost is about USD93-95/ton, not including all expenditures at that. The plant, however, makes profits from sales in Bulgaria where price jumps to BGLN60-270/ton before VAT. By the way, the West-European retail price of ammonium nitrate is quite the same, even slightly higher. 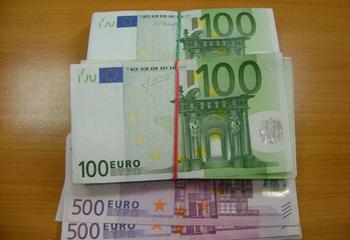