The Energy Efficiency Fund released only three credits worth a total of BGN474,000 for the first six months of 2006, the financial structure's Executive Director Ivan Gerginov announced during the week. Experts's expectations were much higher, at least due to the fact that the fund began operations with a capital of BGN17MN. A number of firms and organisations had even expressed interest in the money which the fund was to release.
A total of 31 projects, 17 of them municipal, have been considered so far. However, the preparation of the local authorities has obviously been far from perfect, as only three of those 17 projects were preliminary approved, while six have been rejected altogether. The management of the Energy Efficiency Fund explained that the weak results were due to disagreement between the mayors and municipal councillors, and to the Municipal Debt Act, which complicates and delays the procedures.
Private companies have moved in 12 projects. Three of them have already been financed, another three have received preliminary approval, three have been rejected altogether, and documentation is being collected for the others. The weaker activity of companies is due to the still inadequately developed energy market in our country and to the lack of incentives to companies to develop and implement energy efficiency projects, Mr. Gerginov explains.
It's curious that two associations of owners have also applied for improvement of the energy efficiency in residential buildings. An energy audit is already being carried out for the first project, and the second one has been rejected as not meeting the terms, set by the fund.
The major advantage of the credits released by the Energy Efficiency Fund are the interests, which are 2-3% lower than those of commercial banks. The allocated amounts are between BGN30,000 and BGN3MN. However, it's a must that the money is spent on replacement of joinery, sanation, purchase of new energy saving electrical appliances, or other improvements, reducing electricity consumption. The procedure for approval of a project lasts for about one month. 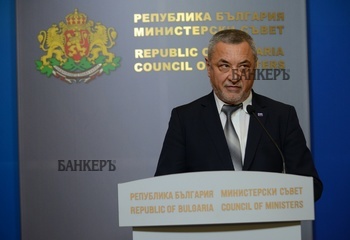