The shareholders of DZI life insurance company decided at their annual meeting held on May 23, 2006 that 10% of the 2005 profit (after tax) amounting to BGN5.248MN would be allocated to the Reserve Fund and the remaining BGN4.723MN would be paid as dividends. BGN1.19MN will be added to the amount due to profit retained in past years and the amount of dividends for the shareholders will thus grow to BGN5.742MN, the Managing Board Deputy Chairman and Executive Director Valeri Alexiev told the BANKER weekly. He added that the figures provided 14.88% profit per share (after tax). The life insurance company has the highest share of the market, 30.31%, and ranks first among Bulgaria's licensed life insurers. Its financial results and profit reflected on DZI's rates on the Bulgarian Stock Exchange, too. According to the Sofix index, the company is among those that grow expensive most quickly and at the end of the 1st quarter of 2006 its market capitalisation was one of the highest on the stock exchange. On May 23, its shares were sold at BGN88.66 and in the end of the first quarter they jumped up by nearly 22. per cent.
According to figures provided by the Financial Supervision Commission, in 2005 DZI had the highest share, 94.6%, of the market of Life insurance policies related to an investment fund. It also has the highest share in the sale of Pension and Rent policies (56%) and Accident policies (42.58%). Life and Rent insurance policies are the best sold in the structure of its portfolio (60.51%).
According to the company's 2005 accounting balance-sheet, its total assets amount to BGN152.7MN, up by 5% compared to 2004, and its insurance and technical reserves reached BGN67.6MN. In 2005, the company made payments on insurance policies totalling BGN23.3MN, of which BGN17.3MN for Life and Rent insurance and BGN2.5MN for Life insurance related to an investment fund. Gross premiums for the year 2005 reached BGN45.3MN - up by 59% compared to 2004.
At an extraordinary meeting of DZI AD shareholders held on March 31, 2006, the name of the company was changed into ZPAD DZI (insurance and re-insurance joint-stock company) and the management structure was transformed from one-tier into two-tier. Vessela Kyuleva, wife of the late Emil Kyulev, was elected Chairwoman of the Supervisory Board, and Nedyalko Chandurov was appointed Chairman of the Managing Board and Executive Director.
The State Insurance Institute (DZI) was established by a law in 1946 after the merger of 19 Bulgarian insurance companies and 11 branches of foreign insurers. DZI has been a market monopolist until 1961 when Bulstrad foreign insurance company was created. Until the changes in 1989 and the advent of the first private insurers, DZI controlled Bulgaria's domestic insurance entirely. State Insurance Institute - DZI AD for life insurance (licensed on May 13, 1998) and DZI - General Insurance AD for general insurance (licensed on June 1, 1998) were established in 1997 and 1998. DZI, the parent company of DZI - General Insurance, was sold to Contract Sofia OOD, owned by Emil Kyulev, on August 27, 2002 for EUR21.5MN. Bulgaria's largest financial group, DZI, was created with a capital exceeding BGN200MN. 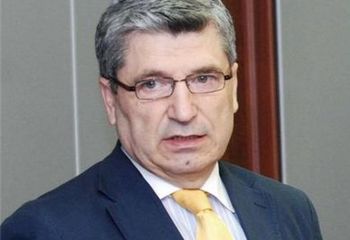 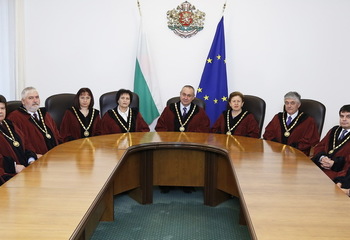