DZI PRIVATIZATION IS ON THE AGENDA

An agreement for the sale of the State Insurance Institute - DZI, is expected to be signed next week. If TBI succeeds in winning the state-owned insurer, then the first Bulgarian financial giant will be born.
TBI financial group will acquire two life insurance, five general insurance and two of the biggest pension insurance companies; it will also own a stake in five banks, one health insurance company, in the Central Depositary, in Bulgarian Consolidation Company and in the Duty-free Zone.
By buying a majority stake in DZI TBI will acquire a company with a capital of BGL38.6MN, with total assets amounting to BGL179.165MN and stakes in 22 companies. And will pay a price of just about USD22-23MN, paid not in cash, but in debt instruments.
TBI was registrated in July, 1993. It is owned by two international companies: Kardan/Talladium Investment Group (with a stake of 60% of TBI) and Bankers Trust (with a stake of 40%). After the merger between Deutsche Bank and Bankers Trust in 1999, Deutsche Bankers Trust emerged as new shareholder of TBI. The subject of activity of the Bulgarian-registrated company TBI covers marketing and investments management, trading, import-export, intermediation, advertisement, consultant and information activity, etc. TBI JSCo's owners evaluate the size of their direct capital investments in various projects in Bulgaria to about USD40MN.
At the beginning of November, 2000, TBI signed an agreement with DZI's MEBO named DZI 2000 and both companies set up a consortium which will apply with one offer only for participation in the privatization of the last state-owned insurance company.
If TBI does buy the 67% stake of DZI announced for sale, the Bulgarian Insurance and Pension Holding (BIPH) will turn into the biggest Bulgarian institution of the kind. An important additional gain for BIPH and the companies part of it - Bulstrad, Bulstrad-DSK-Life and Doverie, will also be DZI's extremely well-developed network in the country - 28 branches and over 70 representative offices.
Just for a comparison about this moment even Bulstrad has only 60 representative offices in the country.
In the future all general insurance companies will most probably form one single structure which market share is expected to reach the maximum allowed by the Law for Competition - 34%. There will also be only one life insurance company with a market share of over 50%. The two pension insurance companies may merge as well and in such case their market share in diffrent fields of activity will vary between 30% and 50%. BIPH is a shareholder in five banks, with only the stake in Tokuda Credit Express Bank worth to be mentioned, while the others are negligible. However, its managers will surely look for a serious investment in a Bulgarian bank. But the thing which the financial holding lacks most is a stable partnership with a credit institution. Which will certainly be BIPH's next investment goal. 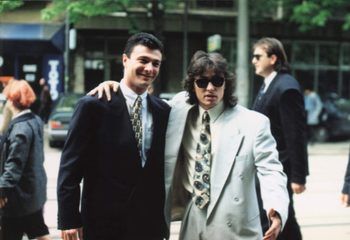 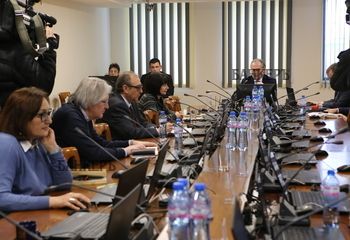 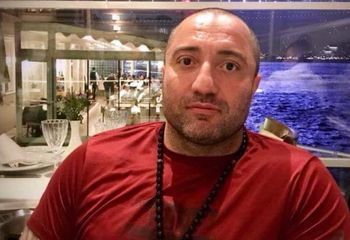