Mr. Tils, Deutsche Bank stepped on the Bulgarian market with a representative office only. Quite a diffident step having in mind that in the near past it was the biggest creditor to the Bulgarian State and took part in the preparation of some of the biggest privatisation deals in our country. Which are the reasons for not opening a branch in our country or setting up a subsidiary?
- Deutsche Bank has been operating in Bulgaria for more than ten years now. We have provided financial and consultancy services to certain projects and we have also provided clearing services to a number of Bulgarian banks. Our bank's current strategy for Southeastern Europe is focussed on services and spheres where it could differentiate from the over 30 banks operating in Bulgaria through its unique financial products and opportunities for access to the global market. We do not need a big team here for the realization of services in the sphere of investment banking, for financing public-cum-private partnerships, or for private banking. We have successfully developed such models in countries like Romania, Serbia, Croatia, and Greece, where the small teams are supported by special groups in our offices in Germany and Great Britain.
After Bulgaria joins the EU any bank from an EU member will be able to open a branch in our country without a preliminary permission from the BNB. Could we expect that Deutsche Bank's representative office will get a status of a branch then?
- We'll reassess Deutsche Bank's presence in Bulgaria with regard to the business opportunities and the future positive development of the market.
When just five or six years ago bank privatisation was at its height in Bulgaria, the economists and the public in this country expected Deutsche Bank to be among BULBANK's candidate buyers. Why didn't that happen?
- In recent years Deutsche Bank had focused on the establishment of successfully operating franchise structures for investment banking, especially in North America. That is the reason for not focussing so far on the development of serious investment projects in Central and Eastern Europe. Currently, Deutsche Bank has a new stance and will lay the accent on the developing markets. The bank has recently completely acquired the Russian brokerage house UFG, and our official representative office in Bulgaria opened doors in July.
You announced that Deutsche Bank will be working along three major directions in Bulgaria: financing of big infrastructural projects, investment banking and asset management. Which specific infrastructural Bulgarian projects are you working on at present, at what stage is each of them now, and what amount of financing do they need according to your initial estimates?
- The development of Bulgarian infrastructure needs support mostly in the sphere of road and energy networks' construction. We will focus on these two aspects and we are in the process of discussing specific projects with the respective parties, participating in their implementation.
Will Deutsche Bank insist on State guarantees when it ensures or organizes financing of infrastructure projects in Bulgaria? And will the State guarantee be a mandatory condition for the project's successful realization?
- There are no such strict requirements. Each project is evaluated individually and the necessity of guarantees is considered after discussions with investors and contractors. Some of the more large-scale projects might require a State guarantee but it may be in various forms.
What services in the sphere of investment banking will you offer - asset securitization, launching issues of securities, or others as well? Which clients will you target - the State, municipalities, or private companies and banks?
- In the sphere of investment banking in Bulgaria we'll commit to buying unsold shares of new issues, trade issues and fixed-yield products, and services in the sphere of corporate finances, including consultations for mergers and acquisitions. As an addition to them we offer services such as currency exchange, financing and leasing of commodities and assets. In the products we include IPO, secondary public offering, and private capitals management, as well as convertible and exchangeable bonds.
Tell us about Deutsche Bank's positions in Easteuropean countries. What are your policies for the development of that market - through a network of branches and subsidiaries or through direct offering of services?
- Deutsche Bank is a leading bank in Central and Eastern Europe, especially in the sphere of corporate banking, with a strong presence in Russia and Poland where it has 60 branches and is concurrently actively operating in all countries of the region. Our strategy is to develop dynamically, if possible through carefully selected acquisitions.
According to some experts, the development of banks on European markets will depend on the mergers and acquisitions. A proof of that was the merger between Italy's UniCredito and Germany's HVB. What are Deutsche Bank's intentions in that respect? Are you projecting a merger or acquisition with an Easteuropean bank with a vast network in the near future in order to expand your hold on that market?
- We are developing organically by setting up our own local structures in various countries, but that of course does not exclude acquisitions in case there are favourable conditions for that. We are constantly looking for such opportunities and the deal for acquiring UFG in Russia is the most recent example of that. 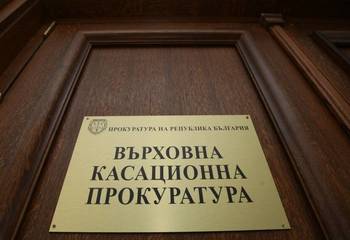