Haluk Kurcer, Demirbank Chief Executive Officer, to the BANKER weeklyMr. Kurcer, in the end of January the Bulgarian National Bank (BNB) allowed the owners of Demirbank (Bulgaria) to raise the bank's capital from BGN15MN to BGN20MN. What was the reason for the raise?- By raising its capital, the bank will have more potential to expand its positions on the Bulgarian market. Besides, by adding BGN5MN to the bank's capital, its owners would like to demonstrate their positive intentions towards Bulgaria. The higher capital will allow Demirbank (Bulgaria) to be more active in crediting and financing foreign trade operations mostly of companies occupied with commodity exchange between Bulgaria and Turkey. The bank is planning to offer new services to the population - consumer credits, debit cards, etc. We are also going to develop e-banking. The product has been developed and will appear on the market in two or three months.We'll expand the branch network, too. The bank already rented an estate in Plovdiv, where it will open a branch office, probably in March. We'll try to attract as customers medium and large-size companies and offer them favourable conditions on turnover credits and commercial transactions financing.Do the two new shareholders in Demirbank (Bulgaria) - Isil Dogan, wife of Aydin Dogan who owns Dogan Holding, and Halit Cingillioglu, control large banks in Turkey?- The Dogan Group controls Disbank. It also holds a credit institution with the same name in the Netherlands. The Cingillioglu family owns 50% of the credit institutions called Demirbank in Bulgaria, Kirghizstan, Kazakhstan and the Netherlands. Halit Cingillioglu's daughter acquired 70% of a small investment bank in Turkey.What policy will Demirbank (Bulgaria) conduct in order to expand its market presence in Bulgaria?- As I already told you, we are going to expand the branch network of our bank. In the end of March, we start from Plovdiv. Then we intend to open new offices in three or four other towns. In the field of crediting, our first target group includes Bulgarian-Turkish companies. However, we are going to increase the amount of resources offered to Bulgarian companies, particularly to solvent medium and large companies.Do you intend to compete with the large credit institutions operating in Bulgaria in order to take a share of market of consumer and housing credits?- As to consumer banking, we were not active in Bulgaria until 2002. But last April the managers of the bank decided to offer consumer credits. This product is already on the market and I think it is performing well. As far as mortgage crediting is concerned, I do not think we are ready to offer this kind of product on the market.How would a war in Iraq reflect on your business?- We are a Bulgarian bank operating with Turkish capitals. We work with Turkish-Bulgarian companies, but they are not our only target group. We are also interested in Bulgarian companies. I don't think the war would have any effect on our bank. 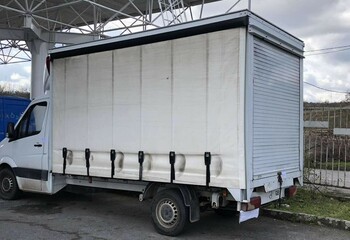 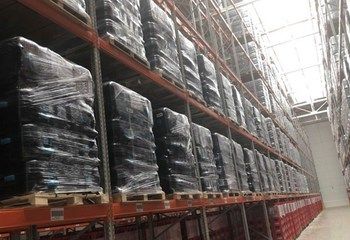