The revenues of the customs administration have increased by 15,2 per cent for the first five months of 2001, compared to the same period of 2000, the Customs Agency announced.
Since the beginning of the year, the customs administration has collected a total of BGN1,009.1BLN in revenues. For the same period last year, the sum amounted to BGN876,2MN, the Agency reported.
97,4 per cent of the revenues collected this year have been allocated to the Central Republican Budget. The greatest contribution to the achieved results since the beginning of this year pertains to the regional customs in Sofia, which collected BGN511,3MN. The customs department in the city of Burgas collected BGN193,8MN, that in the city of Varna gathered BGN106,2MN for the first three months of 2001, and the department in the town of Rousse collected BGN100MN.
By the end of the year, the customs administration expects to collect BGN0.5BN more revenues than last year, the Customs Agency announces. 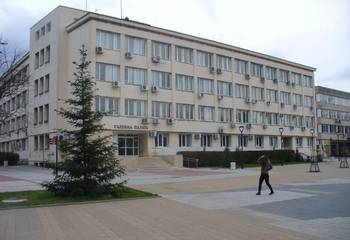