CONTRACT FOR TRAKIYA MOTORWAY WILL BE WAITING FOR THE VOTE TOO

The Commission for Protection of Competition (CPC) postponed for after the parliamentary elections the voicing of its stance about the Transparency without Borders' report on the concession for the Trakiya highway. The NGO insisted that the anti-trust experts say if the Bulgarian-Portugese consortium Trakiya Motorway AD has violated the law by not asking a permission for concentration of economic activities still when the joint venture (JV) was established.The CPC had to voice its stance by June 19. However, it turned out that several days before the term elapsed, the commission had decided to extend its work on the problem by one month. The motives were that it was necessary to collect some more proof regarding the correspondence. Meanwhile, Premier Simeon Saxe-Coburg-Gotha said that suspending the concession for the Trakiya motorway would take much time. He added that important matters should be dealt with in conformity with European law, and that according to the institutions in Brussels, monitoring the concession, it could be accepted. This is a striking optimism, especially after the official statements by the European Investment Bank (EIB). The bank, which finances the construction of two of the motorway's new sections, has recently commented that the concessioning procedure is not flawless. There is not yet a position from Eurostat that the investment in the highway would be reported in the concessionaire's balance sheet and won't be included when calculating the deficit in the consolidated state budget. But the PM's opinion is that the concession is important, the company that implements it is serious and responsible, and it would be a pity if the project is cancelled. The Premier's statement was provoked by BSP leaders who said the deal could be revoked if they won the elections. The Minister of Regional Development and Public Works Valentin Tserovsky did not miss to express his stance and described the threat as fireworks and pre-election talk. Moreover, he warned that huge sanctions were projected for non-observation of the contract. It seems Mr. Tserovsky has quickly forgotten that he has signed a document which clauses have not become known to the public so far. But there is hardly an objective observer who believes that the deal is advantageous to the country. Therefore, the best solution for both the incumbent and the next cabinet seems to be that the higher magistrates declare the contract signed on March 29 null and void. A new procedure for the construction of the motorway should be started, this time - upright and fair. 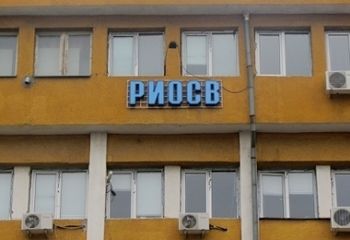