In the energy sector checks should be carried out all along the chain, from A to Z, to enforce European rules, demanded a few days ago President Rosen Plevneliev. From the very beginning one can well bet that the appeal of the head of state will remain unnoticed. Not that the problem areas are unclear , although some rulers play surprise as if they hear about them for the first time. Let's start with the paradox why the cheapest electricity produced from Bulgarian power plants has to be exported abroad and Bulgarian citizens are asked to buy from the so called mix derived from the combination of cheap electricity from NPP Kozloduy and the expensive ones, produced by several thermal power plants in the country, district heating plants and green energy units. Then one should also go through the guaranteed long-term contracts for the purchase of electricity and reach the question of the hundreds of licenses distributed for setting up new solar and wind farms. All this is paid by Bulgarian taxpayers. In the same time the energy sector concentrates large interests, hence the fat commissions for certain players. And none of them is reluctant to any change in the status quo that has been imposed over the years.

The BANKER weekly has repeatedly written that the profits from the sale of electricity go abroad in certain circles of companies.

The first large circle formed around the Energy Financial Group, owned by a prominent figure in the Bulgarian energy Bogomil Manchev and former director of Vratsa factory Himko Nikolay Vuzev. According to official information posted on the website of the company, the first half of 2011 it sold an average of 170 MWh of electricity in exports to neighboring countries of Bulgaria and, coincidentally, the same year invested in the opening of a new branch in Macedonia. Since the beginning of 2013 the company has been constantly among the winners of tenders announced by the energy system operator for the so-called commercial transfer rights. Its leadership position was secured by the fact that it is a regular buyer of cheap electricity from NPP Kozloduy and TPP Maritza East 2.

Around Energy Financial Group gravitates also Arcadia Service company. Among its owners was the son of Nicholay Vuzev - Alexander Vuzev. The group is also linked to another major player on the energy market - EFT Bulgaria. Currently the company is managed by Zoran Ivkovic, Jovan Krstich and Mladen Stiyovich and is owned by EFT Holdings - Denmark, which in turn stands behind the Cyprus offshore company EFT Investment Limited. From 2005 to 2008, however, its executive director was the same Nicholay Vuzev.

In 2010, a prosecutor launched an investigation against EFT Bulgaria because of a contract in which for the period 2004 to 2007 it exported abroad 8.8 billion kWh electricity for 316 million euros. The prosecution suspected three energy ministers: Milko Kovachev, Miroslav Sevlievski and Rumen Ovcharov. But the case fell into a black hole and has not yet reached the courts.

Another big player in the electricity trading company is Energy MT of Rumyana Georgieva. Judging by media reports, it is part of the circle Frontier associated with Krassimir Georgiev and his fellow student at the Moscow Institute of Energy Rumen Ovcharov. Formally both Ovcharov and Georgieva have denied such a link. But whatever their relationship is a fact or not, what is more important is that in 2011, and Energy MT succeeded to more than double its revenue. From 27.5 million levs in 2010 and it posted 69 million for 2011. The profit is only 447 thousand levs. For comparison - a year earlier the company posted a loss of 257 thousand levs.

Energy MT is playing on the energy market through a subsidiary - C Energy Group run by R. Georgieva. It received a ten-year license for the sale of power from the State Energy and Water Regulatory Commission on October 24, 2011, and later participated in the auction organized by the NPP Kozloduy for sale power winning 50 megawatts. C Energy Group actively took part in the trading of January 1 last year, but the report for the year will be ready in a few months when they publish their financial report for 2012.

Rumen Ovcharov is indirectly connected to two more companies, traders of electricity. These are owned by municipal councilor George Kadiev's wife - Sonia Kadieva. The business lady is the manager and owner of Energy Supply, which in 2007 received a license for the activity. According to data from the website of the company in 2009 it supplied electricity to about 10% of the free market. More recent information is missing.

But her financial report shows that in 2011 it sold energy for nearly 54.2 million lev, given that the previous year's result was 47.5 million levs. Accordingly, the cumulative gain is not negligible - 1.144 million levs.

In July 2012 Mrs. Kadieva took a license from the regulator for trading electricity for another company - Green Supply Enerdgy. From the submitted documentation to the energy regulator it clear becomes clear that its goal is to expand and make deals with clients from Albania, Romania, Greece, Turkey, Macedonia, Serbia and Hungary. Interestingly, the regulator was presented by a business plan for the period 2012 - 2017, in which Green Energy Supply says it plans to generate a profit yet in the first year, which will increase gradually and peak at the end of the five year period.

Whether this ambitious goal is about to be fulfilled, one will see after the release of reports for 2012. But it is an indisputable fact that Energy Supply is one of the most dynamic players in the electricity market. In March only it acquired commercial rights for transmission of electricity of a total of 61 megawatts, and in February for another 65 megawatts.

There is no crisis in the industry as all companies involved in electricity trade, earn well. Expansion inevitably affects the profits of large companies, but that this is competition, said Sonia Kadieva some time ago. Apparently, competition does not frighten her in particular.

The third great circle of commissioners blossomed during the reign of GERB party. It includes ABB Electrification of Bistra Akova and Energy Market company where procurator is Ilko Stiliyanov Akov. Representatives of the industry say that the two companies are related to Borislav Lorinkov, a businessman who holds a number of companies with various types of activites.

DANS Energy is also in electricity trading. The reason for the odd name is that it was founded in 2008, by Daniela Kolova, Alexi Istatkov, Nikolay Nikolov and Stefan Mladenov, the initial letters of whose first names form the word DANS, coinciding with the abbreviation of the Bulgarian secret services. A year later, when the company received a license for electricity trading and won the right to sell 30 megawatts from NPP Kozloduy, Mr. Istatkov withdrew. But electricity trading apparently began to go well in 2011, and DANS Energy managed to triple the results it achieved in 2010, posting a revenue of 28 million levs. For this month the company has earned commercial rights to sell 125 megawatts to Romania, Turkey and Greece. 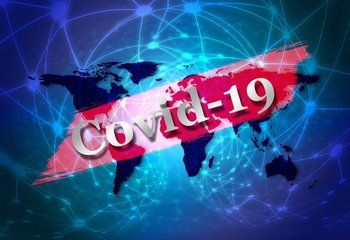 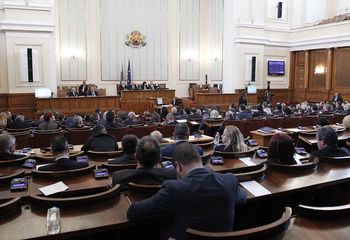 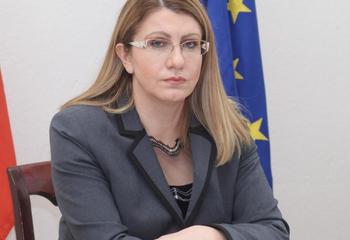