While oil prices keep soaring, the fact that natural gas prices grew by 1.6% in a year came as a pleasant surprise to chemical plants which are among the largest blue fuel consumers in the country. Bulgargas currently sells 1,000 cubic metres of natural gas to chemical enterprises at BGN234.46. A year earlier plants paid BGN231.75 for the same quantity.However, even these figures will hardly satisfy the managers of fertilizer plants which pay 80% of their material costs for blue fuel. The only operating companies in the branch right now are Neochim and Agropolychim. They demonstrated enviable results for the first half of the year and still never stop seeking ways to raise their efficiency.Being a public company, Neochim drew the attention of the investors also due to the fact that its share prices grew up by 16.67% in the past three months. The company ended the first six months with a non-consolidated profit amounting to BGN9.85MN. It is worth mentioning that for the same period of 2004 the profit was twice lower - BGN4.6MN. Sales revenues of the Dimitrovgrad-based plant went up, too - from BGN94.5MN to BGN109.7MN. Neochim's swollen turnover is mainly due to sales abroad which brought it BGN66.7MN worth revenues. It should be noted that the plant went out in summer holiday a little later than it usually does because of orders from the USA and Brazil for about 20,000-25,000 tons of fertilizer. Ammonium nitrate is the most actively bought product on both the foreign and the domestic market and accounts for a half of the company's revenues.The expenses of the Dimitrovgrad-based fertilizer producer have grown, too, although with a slower speed - from BGN90.9MN to BGN101.3MN. BGN59.7MN of the money went for the purchase of natural gas. That is why it is no surprise that the company accumulated long-term liabilities to Bulgargas. They amount to BGN14.1MN as of June 30. In 2002, the managers of Neochim reached an agreement with the state monopolist to pay off their debt rescheduled in ten years with a two-year grace period.At present, large stakes in the company are held by Euro Fert AD - Dimitrovgrad (49%), Karifert International - Lebanon (16.07%), Agrofer International Establishment - Liechtenstein (7.68%), and Albena Invest Holding AD (6.38%).The managers of the other fertilizer plant operating now, the Devnya-based Agropolychim, did their best in 2005 to limit as much as possible the company's relationships with the monopolist Bulgargas. In July, the Commission for the Protection of Competition permitted the Swiss company Wintershall Erdgas Handelshaus Zug AG to acquire 51% of the shares of Agropolychim in Dexia Bulgaria EOOD - Devnya. The deal aims at improving the efficiency of the natural gas commercial operations. In fact, it is worth noting that Dexia-Bulgaria's only activity is to buy natural gas from the producer, Petreco Bulgaria EOOD, and sell it to the Devnya-based fertilizer plant. In 2004, Dexia-Bulgaria delivered about 27% of the blue fuel Agropolychim needed, and for the first half of 2005 its share in the supplies reached 78 per cent.The Swiss company's role is to propose a solution for the construction of energy saving production installation. The partnership also stipulates a future possibility for additional natural gas supplies. Currently, Bulgargas controls 92.15% of the natural gas trade in the country, and companies from the chemical branch consume 33.79% of the raw material.Another big natural gas consumer is the Rousse-based producer of paints, lacquers and glues Orgachim. The company became a hit on the Bulgarian stock exchange as its share prices jumped from BGN40.40 to BGN63 for three months. It ended the first half of the year with a net profit amounting to BGN880,000. For comparison, the profit amounted to BGN571,000 a year earlier. It should be noted, however, that the company ended the first quarter at a BGN833,000 loss which its managers explained with the changed dollar/lev rate and the slack market of paints and lacquers.However, Orgachim's half-year revenues indicate that the new season is much more beneficial. They are up from BGN21.5MN to BGN37.5MN. Sales revenues (grown from BGN21.2MN to BGN34.4MN) contributed most to that growth. Orgachim holds about 37% of the domestic paints and lacquers market. Still, export accounts for 57% of its revenues. The company exports its products to Turkey, Greece, Romania, Egypt, Central Europe, the Near East and the former Soviet republics. Its operating costs have increased, too (up from BGN20.5MN to BGN33.4MN). As it happened with Agropolychim, Orgachim's market position attracted the interest of a western company. In June, the Spanish Nubiola acquired a unit of the Bulgarian chemical enterprise and paid EUR1.5MN. A great part of the products will be used in the production of the Rousse-based company.Orgachim was established almost one century ago. In 1998, 51% of its capital was privatized by the Maltian Whitebeam Holdings Limited (which currently controls 64.21%). However, the actual owner is the Romania-registered Policolor AD which is also Orgachim's trade partner. 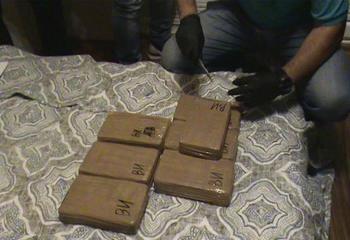 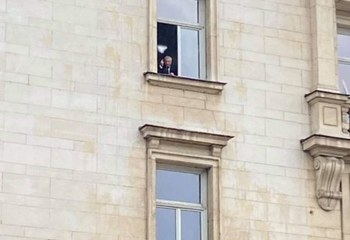 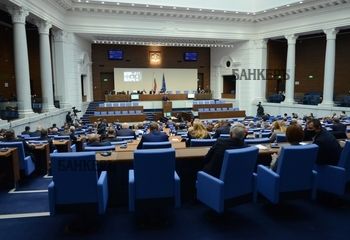