Bureaucracy in Bulgaria To Swallow BGN37MN

Inefficient, crowded and often impolite Bulgarian administration will get another dose of money - more than 37.2 million levs. This time it will be against the promise to modernize and reform for the benefit of people. At least this is written in the plan for implementation of the Strategy for the Development of Public Administration by the end 2015 whose public consultation ended on April 29.

The funds, of course, will come from the state budget. But if they are to fulfill their missions, hardly anyone will regret the spending. If one can imagine such administrative services in which the citizen is serviced through a phone call and e-mail. Without having to physically reach the institutions and sitting in queues without completing meaningless petitions and applications and most importantly - with no opportunities for corruption. For such a utopia it is definitely worth making expenses, no matter if they come to many millions.

In this case, the introduction of the so-called complex administrative services will get the most resources - 15.75 million levs. The first five million of this amount will be invested this year for the implementation of administrative information system that provides the opportunity to review processes, staff training, maintenance, development and links with other registers. The system also provides servers, storage, licenses and basic system software. At the moment it is introduced by only three institutions, but the plan by the end of 2015 is for it to work in all departments and bodies of Bulgaria's administration.

To enable citizens to submit a request for complex administrative services to each of the public bodies - a sum of 7 million levs is also provided. Another 3 million will go to the optimization and reengineering of business processes, affecting at least 100 types of services. Separately, the introduction of 30 comprehensive services in the Maritime Administration Executive Agency and the Bulgarian Agency for Food Safety will engulf another 750,000 levs.

Thus, as incredible as it sounds, there is a real chance that as of 2016 the administrative units may no longer require information or documents that are available to them or to another state agency, and retrieve them themselves. A serious step ahead and forward will be the option for submitting applications and receiving documents electronically, by phone, fax, postal operators or other technical means. The only unanswered question remains is about the fees for the services, if they will stay the same or change, and one the institution will collect them? Today the fees are decided by the separate departments. But henceforth the right to set the charges' rates for the complex administrative services will be in the hands of the Cabinet.

No less important is the intention to finally regulate assessments of the impact of the legislation. This practice has been discussed for years, but has never been applied, which is why many regulations have to be amended soon after their adoption by the National Assembly. Now the development of specific guidance is envisaged, and it will have to be the basis to carry out such assessments. The expectations are that this undertaking will cost 700,000 levs.

The plan for the development of public administration will be developed and the main goal will be "an open and accountable government." It sounds like a slogan of a campaign rally, but in reality it comes to the introduction of the statutory obligation the available systematic information in the departments of state administration to be published. The move has envisaged changes in the access to public information act and the preparation of a report to show which records, reports, statistics, etc. can be provided in an open format to the public. It is estimated that the publication of the data will need 670,000 levs.

The registration of non-governmental organizations will swallow 1.2 million levs. Now it is done by the court, but the intention is by 2016 this activity to be transferred to the Registry Agency. The reasoning is that this will also remove excessive functions from the judiciary system and will facilitate the regime for the registration of NGOs.

For better interaction with citizens and businesses what is set to be developed is a technological system for analyzing complaints, suggestions and signals, as well as control of their treatment. It should be ready next year and it will be governed by the Ministry of Interior. Its estimated price is 600,000 levs. Other 500,000 levs will be provided for limiting the corruption by reducing the regulatory regimes under which the administration has discretion to decide. In the period 2015-2017 1.3 million levs will be spent on standardization and unification of procedures and documentation services provided by municipalities.

Over one third of the 37.2 million levs (about 13.2 million levs), however, will go not for the relief of various processes and greater transparency in the administration, but on training and support of officials themselves. For example, to improve and develop the skills of civil servants at all levels some 8.8 million levs will be envisaged. The money will allow the training of over 2500 people by the end of 2015. The courses will be held at the Institute of Public Administration that will receive an additional 440,000 levs to strengthen its capacity. Besides, it will get another 350,000 levs to create a training programme for senior officials in Ireland and France.

A total of 200,000 levs has been earmarked to develop programmes and provide training to 700 officials under the Public Procurement Act. For performing those impact assessments trainings are also provided - and the list includes 300 central government officials and 1,000 municipal ones and the budget to be allocated comes to 1.3 million levs. This amount is also envisaged for the courses to develop draft legislation, which will also include 1,300 people. The power structures have not been overlooked. The training of employees of the Interior Ministry, the National Security Agency, the prosecution and the court, along with representatives of revenue agencies another 750,000 levs has been provided.

The Virus and the Murky Balkan Dude 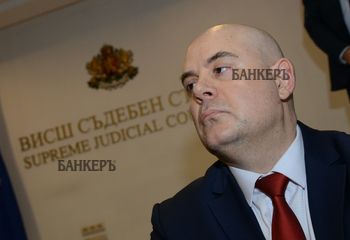 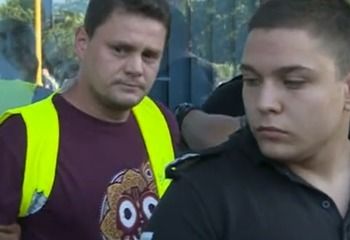