Entrepreneurs in the tourism sector of Bulgaria this year have huge expectations. They expect over 10% growth in the number of tourists. The weathermen expand optimism with their forecast for heavy snowing this year. Separately, winter resorts already have 500 snow cannons, which are ready to start work at any moment.

The two biggest ski resort in Bulgaria -
Borovets and Bansko
will officially open the season on 13 December. Pamporovo has not yet set a date for the beginning of the season, but it usually begins there in mid-December. Otherwise, managers promise ski resort facilities to start functioning in November, if the weather conditions allow it.
Borosport said it will also open its ski area earlier if weather permits.
Double number of pleasures for skiers and snowboard riders promise this winter the people from Borovets. Prices of lift passes remain as last year.
Investments for Winter 2015 provide for new opportunities for fans of ski and board sports, making the resort less dependent on weather conditions. Month before the official start of the ski season Borovets is ready to welcome skiers, snowboarders and all those who love the mountains. And even if the winter is not very snowy the ski resort is preparing for a strong winter experience promised by the management of the resort.
The complex will open the ski season with twice as many runways as last year, equipped with facilities for artificial snow. After the ski center Yastrebets already the ski center Sitnyakovo (Central Borovets) has cannons for high quality technical snow at all his ski runs. With twice as many canons – now 160 – it increased capacity of ski run preparation equipment to ensure quality coverage of about two-thirds of the total area of the resort.
There are new opportunities for night skiing. This season two more tracks – Martinovi Baraki 4 and Rotata plus the bottom part of the ski path Sitnyakovo will be lit for night skiing lovers.
In both terrain parks in the resort - Snow Park Borosport (at the top of the track Popangelov) and Promo Park Borovets – opposite the Rila hotel in central Borovets, visitors will have perfect conditions for high-adrenaline experience. The new Stash trails in the park, as well as the modern rails and jumps and JB lines ensure an option for different entertainment for the more adventurous skiers and boarders, reported representatives of the resort.
Hoteliers are satisfied with the speed with which early bookings go. They offer big discounts - up to 15 percent.
According to the programme for the season in mid-December Borovets will hold the European Championships in cross-country: one of the four top races in the calendar of the European Athletic Association. According to estimates of the organizers, the sports forum should gather about 800 competitors from 40 countries.
According to tour operators besides skiing strong interest was shown to spa packages and cultural highlights and events.

The other big ski resort in Bulgaria - Bansko, also reported a 10 percent growth in early bookings. Most bookings are made by people from neighboring Balkan countries. Many are also British, and Russians. They preferred packages that include spa and wellness services, operators pointed out.
Hotel and restaurant chains in the city are also optimistic about a successful ski season this winter, expressed her hope Yanka Rahova, president of the Association of Hotels and Restaurants in Bansko. According to her forecasts for heavy snow in December will give a good base of natural snow on slopes, suggesting success of the upcoming ski season.
The city already began to welcome its first tourists - mainly Greek groups. Representatives of the management of the resort promise this season services not to be expensive. Early bookings have already been made for Christmas and New Year holidays. For these the discounts reach 20 percent.
The past two weeks raised the concerns of Bansko and its citizens – they were very frustrated by the  sagging in the Predel passage. The city government hopes that what was granted last week by the Council of Ministers – a sum of 950,000 levs – on repairs will be enough to fix it in time and Bansko will welcome the traditional flow of students on December 8, and afterwards visitors throughout the winter season.
According to the chairman of the Association of Tour Operators and Travel Agents - Bayko Bajkov the expected growth mainly depended on adequate and timely managed advertising campaign for winter resorts. He alerted a month ago that of the budgeted 10 million levs on tourist advertising what was spent was only about 3 million levs so far.
Another disturbing fact is that the stagnation of the Russian and Ukrainian markets might reduce the tourists from these countries this winter by expected 40-50% (compared to last year). Studies of tour operators and hoteliers show that Bulgarian tourism will do well because there are other markets from where the expected guests for the ski season may increase. 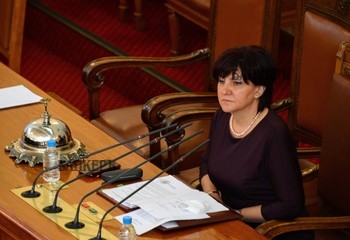