BULGARIA'S POPULATION BELOW 8,000,000 DUE TO EMIGRATION

Bulgaria's pupulation totalled 7,929,500 as of December 31, 2001, and the active population was just 4,732,000, preliminary data of teh National statistics Institute (NSI) show. The result was obtaine by additing to the census taken as of march 1, 2001 the calculated emigration of population during the next nine months of the year. The country's population has dropped by 220,000, or 2.3% from 2000. Some 170,000 of this number are emigrants, who have not come back to Bulgaria since th4 last census as of March 1, 2002, Yordan Kalchev, Head of NSI's Demographic and Social Statistics Department specified. The average age of the population in 2001 was 40.1 years, up from 39.9 years in 2002.

Prof. Andrey Pantev: Remembrance Should Not Be Ruined 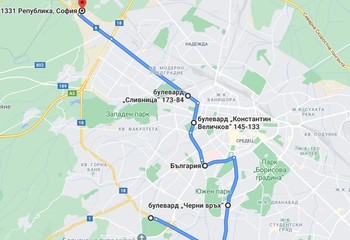