Bright future appears on the horizon for Bulgarian patients in 2012, if we should trust the draft of the National Health Strategy published on the Ministry of Healthcare site. At that time, Bulgarian people will be healthier, they won't be waiting in queues at the door of their GPs, there will be sufficient directions to experts, no bribes will be needed, medicines will be cheap, medical services will be of high quality, and the National Healthcare Insurance Fund (NHIF) will really protect the rights of ill people by offering them voluntary health insurance, too. Besides, electronic healthcare will have become reality and public resources allocated to the sector from the state budget will be 8% of the gross domestic product, as it happens in the other European Union member states.
In fact, the achievement of these goals is not impossible, particularly within a six-year period. However, it would be sufficient to recall how long healthcare reforms have been going on in the country and how negotiations for the signing of each National Framework Agreement have protracted in order to realize that the planned bright future will not delight the patients soon. Still, the main reason that arouses suspicions is that the National Health Strategy is still a draft that has not even been brought up for discussion in the National Assembly.
Improving the health of the nation is the first and most ambitious objective written in the document. In the past few years Bulgaria took the lead in lots of rankings of mortality caused by different diseases and that is definitely a sign of healthcare of poor quality. Considering the figures revealed by experts on occasion of the World Heart Day (September 24), the country ranks first in terms of apoplexies and heart attacks. The achievement is mostly caused by the unhealthy way of living. That is why from next year the Ministry of Healthcare is going to stress on the damages caused by smoking, drinking alcohol and taking drugs, as well as on the unhealthy feeding. There will be obligatory health education in kindergartens and schools again, and special programs will help for restricting epidemic explosions (like the one of hepatitis A in the Romany districts in Plovdiv) and dissemination of infectious diseases (as it happens in some wards because of non-compliance with the hygienic requirements). Tighter control is expected on sites of public use, so that no goods and services can be offered if they fail to meet the sanitary and health requirements. The development of balneology and health tourism is stipulated as a bonus for all ill people. The aim is to create a natural prevention system that would reduce the state treatment costs.
Bulgarian people will be healthier when they get quality medical service and are not forced to wait hours for seeing their GP and then days and weeks - for being examined by a specialist. This is the second idea of the health strategy under preparation. It is based entirely on the plans for restructuring the medical institutions on which the health ministry has been working hard but with no particular results so far.
Money is of equal importance for the successful implementation of the health strategy. The increase of the share of GDP, the improved collection of health insurance revenues and the revelation of new loopholes for financing are among the main priorities of the Ministry of Health. If they are fulfilled, the sector can boast of achieving financial stability in 2012. Public funds for the sector will grow in stages - first they will be 5.5% of GDP and then will reach the 8% European standard. However, this can only be achieved in 2008, because the state budget for the next twelve months provides money amounting to 4.2-4.3% of GDP. The health insurance payment may be increased, too, while the tax insurance burden for the population will not change. The measure should stimulate the growth of voluntary health insurance funds, eliminate corruption practices and attract new investments.
The draft strategy stipulates that additional resources come to the health system from voluntary health insurance funds as well as from additional charging for medical services.
Legal amendments are planned, too, so that money that is now paid illegally will be provided legally by individuals or legal entities, employers, unions, insurers or will arrive from the health ministry and the municipalities due to implementation of certain diseases treatment programs.
Eventually, it is only time that will show how far the ambitions of the ministry will go and which of them will become reality. Until then we can only rely on the perspective that we shall be healthier in 2012.

Lyubomir Alamanov: The Workplace of a Prime Minister Is Not on the Construction Site 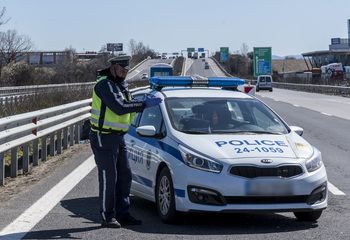 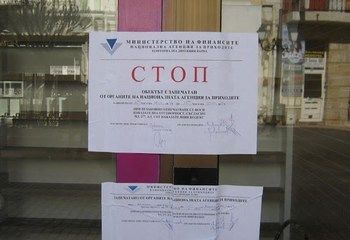