BULGARIAN BUSINESS WAITS FOR INVITATION TO GO TO IRAQ

It was long time ago that people in Bulgaria stopped believing in the multimillion contracts Bulgarian businesses would sign for the recovery of post-war Iraq. Few of them realize, however, that it is not the rulers' inertness to be blamed but the companies themselves. Their apathy in this aspect was clearly demonstrated on the international exhibition held in Kuwait at the end of January. The forum was dedicated to the reconstruction of Iraq. Bulgaria was represented by Radoslav Bozadzhiev, Deputy Minister of Economy, Ivan Petkov, his counterpart in the Ministry of Foreign Affairs, Mario Al-Jeburi, adviser of the Vice Premier Lidiya Shouleva, and Milen Keremedchiev, coordinator of the Stability Pact for Bulgaria. The official delegation was accompanied by representatives of only 14 Bulgarian companies. At the same time, Poland sent more than 500 people to a special mission to Iraq, including five ministers and representatives of 400 companies.Regardless of all efforts the economic ministry and its Tourism Encouragement Agency have made, Bulgaria failed to constitute a delegation for Kuwait. Moreover, it fell into an embarrassing situation and was forced to turn down a half of the 60 sq m exhibition ground requested in advance. There's already an anecdote telling about the Iraq's minister of construction who visited the Bulgarian counter and asked for getting in touch with companies from the same branch. Officials were forced to explain him delicately that Bulgarian construction firms were not presented on the forum. And there were some offers waiting for them, in fact - the Iraq's transition government confirmed its intentions to build more than 2,500,000 flats, as well as an airport in the city of Karbala.That failure is only partly compensated by the good impressions left in Kuwait by Bulgartabac, the Devin mineral water producer, and the Elby Bulgaricum milk company. Both Iraqi and Kuwait distributors showed interest in the brands of Victory, Prestige, MM, etc., the tobacco holding PR department confirmed to the BANKER weekly. Representatives of Elby Bulgarikum have talked with managers of Kuwait Danish Dairy - a partially Danish company which is among the biggest milk processors in Kuwait. In fact, Elby has been operating on the Iraqi market for a long time, too - it was among the firms that signed agreements under the UN Oil-for-Food program.Among those who profited by the exhibition was the Vassilevi Brothers company, too. It is going to take part in the building of a free-trade zone at the Iraqi border with Kuwait. Still, the Bulgarian group looks quite small, considering that, according to the Bulgarian Industrial Association (BIA), 243 Bulgarian companies have requested to participate in the reconstruction of Iraq. None of them has signed a contract yet, though. Neither has any of these companies sought assistance from the Fund for Insurance of Bidding in the Region established by BIA. The fund was registered as a union under the Law on Obligations and Contracts in April 2003. The financial group DZI-ROSEXIMBANK was one of its founders.According to Milen Keremedchiev, the lack of companies willing to trade and operate in Iraq is hardly provoked by the unstable political situation in that country. He pointed Romania as an example - its counter at the exhibition in Kuwait had been four times bigger than the Bulgarian one. The hopes of Bulgarian companies to get contracts as assistants to the big US firms are not reasonable, he said, because of the high criteria the Americans have. Mr. Keremedchiev recommended that Bulgarian businessmen go to Iraq and negotiate with people of their own interest. Unless their competitors have already gone there. 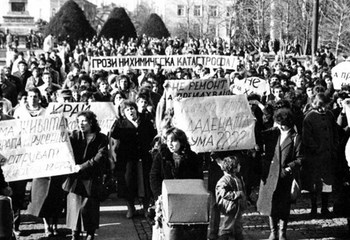 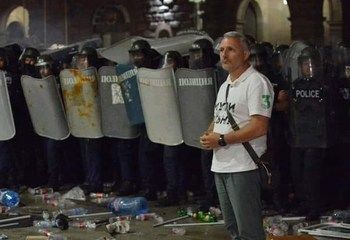