BULGARIA TO LIBERALIZE TRADING WITH LITHUANIA

A free trade agreement between Bulgaria and Lithuania was finally arranged by the leaders of the Bulgarian and the Lithuanian delegations - the Bulgarian deputy Minister of Economy Hristo Mihailovski, and the deputy Minister of Foreign Affairs of the Republic of Lithuania, Algimantas Rimkunas. That happened during the last round of negotiations held at the Ministry of Economy in Sofia on November 28. The free trade agreement will be enforced after both countries sign and ratify it.

The agreements reached in the field of trading industrial goods include a liberalization scheme, based on 50% reduction of the import duties imposed in both countries from the first day of validity of the agreement and on their complete cancelation from January 1, 2002.

In the field of agricultural goods the countries are going to provide mutual concessions in the form of tariff quotas imposed with preferential duties. The export of frozen pork and lamb, chicken, cheese, yellow cheese, tomatoes, cucumbers, frozen vegetables, sugar products, pasta and confectionery as well as other agricultural goods from Bulgaria is to be facilitated soon.

Relations between Bulgaria and Lithuania are currently regulated by the Trade and Scientific Collaboration Agreement, signed in April 1996. Since 1994 Bulgaria has been reporting a positive trade balance with Lithuania. In the last few years Bulgaria has been mainly exporting medicines, plastic transport and packing products, electric equipment, wines, car spares, etc., to Lithuania. Refrigerators, meat, fish fillet, cheese, transistor sets, linen are the most frequently imported goods from Lithuania.

Bulgaria Has Lost the Battle: the EU Adopted the "Mobility"Package 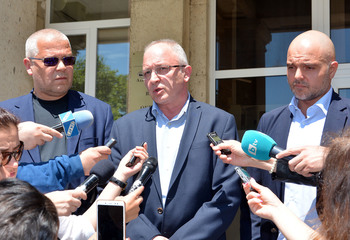