The Bulgarian Telecommunications Company (BTC) ended the first half of 2005 with a total profit of BGN115.9MN. For comparison, in the same period of last year the company netted a profit of BGN145.6MN, it is evident from BTC's consolidated report, presented to the Bulgarian Stock Exchange (BSE) - Sofia. It includes also the results of the telecom's subsidiaries: RTC EOOD, BTC Net EOOD, Bulphone EAD, BTC Mobile EOOD, and BTC Security. It is notable that the company's reserves rose from BGN407.6MN to almost BGN515.5MN. The telecom's liabilities also marked a considerably growth - from BGN163.7Mn to BGN309.2MN. The aggregate expenses for the company's operation jumped to BGN391.2MN. BTC's proceeds from interest grew from BGN967,000 to BGN2.3MN. Something of the kind happened as well with the positive differences from operations in financial assets and instruments. They increased by more than BGN6MN, reaching BGN6.2MN. Total proceeds from operation, however, rose insignificantly, from BGN518.4MN to BGN526.1MN.Meanwhile, it became clear that the BTC would open two new call centres in Pleven and Bourgas. They will offer telephone services as of the beginning of 2006. This means that they will be accepting round-the-clock all telephones for information, orders, signals about break-downs, etc. The choice of Pleven and Bourgas is not at all accidental. They have been preferred because of the high percentage of educated people without any prospects of finding jobs. (According to data of the Employment Agency with the Ministry of Labour and Social Policy for 2004, the jobless are 8.9% of the population in Bourgas, and 16.93% in Pleven. The two call centres will employ about 350 people, but the number of working positions may increase to 1,000. Each of the employed in these centres will undergo a special training course. The aim is to make services more efficient. At the same time, while the telecom was announcing the new working positions, at a special press conference the Chairman of the Telecoms Syndicate Federation with the Confederation of Trade Unions in Bulgaria (CITUB) Georgi Bochev spoke on the issue: A Second Wave of Lay-offs in BTC, What's Happening in the Company and How Long Will the Tragedy of Its Employees Continue. 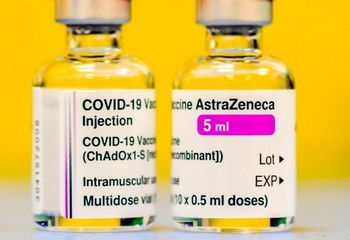