There are only three weeks left before the most significant change regarding bank payments in Bulgaria in recent years. As of June 5 all money transfers in this country will be effected only through accounts with the new international IBAN codes. The introduction of that system, intended to increase the levels of automation and security of bank settlements, is in fact a part of a larger scheme for a single payment system on the Old Continent.
Banks started informing their clients about the new IBAN codes of accounts back in March, and the BNB undertook a large-scale info campaign in order to attract the attention even of most uninterested citizens to the forthcoming change. In that respect the central bank fulfilled its work very well. However, its main efforts were directed into a more specific close-up - the preparation of the settlement system for the introduction of the IBAN codes.
Over the last two months the officers from BNB's Banking department and the IT experts from Bankservice and commercial banks dedicated their entire attention to ensuring trouble-free shifting of money transfers from and to IBAN-accounts as of June 5. That necessitated the creation of a new version of the BISERA software programme of Bankservice, maintaining interbank settlements. Commercial banks were also obliged to reform their info systems. The results of that labour were tested on April 15 and 16. According to experts from BNB's Banking department, the money transfers effected into IBAN-accounts are processed without any problems by the systems BISERA, RINGS (effecting big payments in real time), BORIKA (servicing operations in debit and credit cards) and the Central Depository. There were some problems only in the SEBRA system for initiation and supervision of budget transfers, but they have already been eliminated. BNB's experts found also that some commercial banks had not tuned their info systems correctly and had problems with IBAN-transfers. In several cases the systems could not manage to create real files of IBAN-transactions or structured incorrectly the notices for these transfers, which rendered difficult their acceptance and processing by other banks. These lapses were reported and systemized in a special paper which was considered on May 9 at a working meeting in the BNB with representatives of credit institutions. New tests will be carried out on May 13 and 15 which will be practically the last check before the introduction of IBAN-payments.
The new international codes are a challenge not only to the banks' employees but to their clients as well, who will be filling in new forms of payment orders in the future. Commercial banks' managers have assured BNB's governors that their officers are prepared to use the new forms and in case their clients have difficulties in filling them, they might asks them for help. And difficulties can be expected because citizens and firms will see the new forms only after June 5 when they go to the servicing bank branches.
There is one more problem which is not negligible. It is that hardly all bank employees are acquainted with the new requirements for filling in the new payment documents. It's an undeniable fact that even now there are instances when the officers in bank branches direct incorrectly the transfers, ordered by their clients. However, there is something comforting. The banks' info systems will reject the new forms if they are filled in wrongly and the computer screen will signify the mistake. Then the officer and the client should find the fault. Therefore, firms' accountants should get acquainted with several documents, regulating the drafting of payment orders and consult with their serving banks about filling in them if they have any doubts.
One of these documents is Instruction 03-2006, titled Drafting payment documents, approved by BNB's Board of Governors, on February 3, 2006. Its entire text was published on the central bank's website www.bnb.bg. The instruction describes how to draft several kinds of payment documents: an order for a credit transfer, an agreement for a direct debit, an order for a direct debit, a budget payment order, an order for a transfer from or to the budget, etc.
Citizens should remember that in case of disparity in the forms' requisites for a client's name and IBAN-code, the latter is more important. In the FEES requisite the usual practice is to indicate code 002, meaning that the person ordering the transfer pays the fee to his/her bank, and the person who receives the money - to the credit institutions which services him/her if it is stipulated in the credit institution's tariffs. If code 001 is indicated it means that the client pays all fees himself, and code 003 means that the person who receives the money should do that.
A kind of payment code has been introduced into the forms for transfers to the administrators of budget proceeds (the National Revenue Agency, the State Receivables Agency, the Customs Agency, etc.). It is described in a special instruction, approved by the Finance Ministry. If there is a disparity between the kind of payment code and the information in the grounds for payment margin, the bank effects the transfer on the basis of the code.
These are only some of the peculiarities for filling in the new payment documents. Bank clients will inevitably need time in order to get used to them and fill them in correctly. And the length of that period will mostly depend on the bank officers' politeness and their expert assistance to clients. 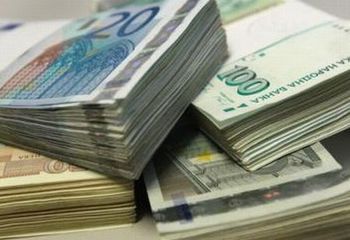