BANKS GO OUT OF THE CREDIT TRANCE

The first 90 days of 2005 will be remembered by Bulgarian banks as the dynamic quarter. During that time most of the managers seemed to have gone into a trance, pursuing by all means, allowed by law, the expansion of market positions. The expectation of BNB's new measures, aimed to restrict credit growth, made bank execs launch large-scale ads campaigns to offer low-interest loans and attract new deposits. The annual interest rates on mortgage credits fell below 6%, and those on deposits (especially in some banks) flew up to 9 percent. An absurd situation was arrived at when some clients borrow money from one bank and deposit it in another one. Such cases are commented by bankers in private conversations, but they do not want them to become known to the public. It's a fact, however, that in their competition to attract more clients, they used unallowed means as well, such as incorrect and sometimes entirely misleading ads. This phenomenon spread so much that BNB's Governor Ivan Iskrov drew special attention to it. At the bank meeting in Plovdiv (in April) he warned the bankers that a special law was under draft, which would oblige credit institutions to correctly inform their clients about all terms of the services they offered. Moreover, the banks will have to give them information about the methodology for calculating the interest rate on various credits. Control on their operation will become stricter as a whole. As the BANKER weekly has already written more than once, the pursuit of larger market shares reached almost hysterical proportions in end-March. Banks made use of all legal means in order to increase the size of their credit portfolios, knowing they would be the basis on which the future growth of loans would be calculated as of April. The initially stipulated restrictions on the credit growth were 6% for a quarter, 12% for half a year, 18% for nine months, and 24% for a year. In the last days of March, however, BNB's statistics reported a huge increase of loans, amounting to BGN1.7BN, which caused serious suspicions. Therefore, central bank experts revealed the schemes used by some big banks to extend fictitious credits in order to raise the basis on which loans' growth would be calculated as of the beginning of April. In fact, the BNB knew what a scheme any commercial bank applied to boost its credit portfolio. That is why, their behaviour was considered as disesteem towards BNB's measures and caused a sharp reaction on the part of the central bank's execs. Amendments to Ordinance No 21, stipulating the restrictions, followed immediately. In order to neutralize the effect of the artificial increase of credits in March BNB's Board of Governors introduced new restrictions. For banks which reported a growth over 4% during that month the new basis will be formed from their credit portfolio in end-February, increased by 4 per cent. For all other credit institutions the basis will be the aggregate volume of loans in end-March, as the central bank's first decision was.Moreover, BNB's Board of Governors decided that the credits will be reported to the BNB every day. On an average daily basis their growth may not exceed 5% for the first quarter, 12.5% for the first half of the year, 16.5% for the first nine months, and 23% till end-March, 2006. Banks were deprived of one more privilege as well. As of April 2005 they are not allowed to include their audited current profit in the equity capital, which will automatically limit their opportunities to launch credits. The April restrictions aggravated the gastric ulcer of the bank managers, but most of them are sure they do not result from problems in the banking sector but from pressure on the part of the IMF. And that they only aim at reducing the import and the deficit in the current account of the balance of payment. Which should not be done by the bankers but by the government. The results achieved by the banking sector only confirm that statement.The sector profit for the first quarter of 2005 amounts to BGN120.4MN, BNB reports show. Revenues due to interests, fees, commissions, and securities transactions amount to BGN600MN, while they were BGN411MN as of March 31, 2004.In a year, the banking sector net worth has grown by BGN490MN - up to BGN2.91BN from BGN2.42BN. According to BNB data, that growth is almost entirely due to the profits reported in 2004 which totalled BGN434.1MN. And about 70% of those profits result from revenues due to credit interests. The tendency deepened during the first three months of 2005, because the revenues reported for that period from interests on credits amount to nearly BGN430MN. Another BGN24MN came from fees and commissions collected for serving the credits. Statistical data of the BNB reveal that the criteria introduced by the BANKER weekly six years ago for determining the financial market leaders put the most aggressive institutions on the top again. Every quarter since 1999 the newspaper has been assessing all banks in terms of five indicators - assets, net worth, profit, return on net worth, and return on assets. The first ten institutions ranked in terms of these factors form the group of the best Bulgarian banks. For the first quarter of 2005, the group includes DSK Bank, United Bulgarian Bank, Raiffeisenbank (Bulgaria), and SG EXPRESSBANK. It is to be noted that the first three institutions, apart from being among the most aggressive creditors, are the ones that suddenly increased the amount of credits they launched in the last three days of March in order to raise the base from which in April they would start to launch the credits limited by BNB. 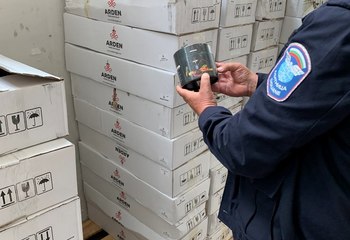