BANKS DO NOT OFFER PREFERNCES FOR CREDITING UNDER SAPARD

Banks shall not grant credits at preferntial terms to its clients who have received subsidies from the pre-accession EU's SAPARD Programme, Agriculture Minister Ventsislav Vurbanov announced after meeting commercial banks' representatives last June 4. Undoubtedly, the news will not please Bulgarian farmers, who expected bankers to loosen their purse-strings because of SAPARD's financing. Businessmen hoped that with the SAPARD-guaranteed funds banks would be inclined to lend them credits at more advantageous terms than those offered to ordinary clients. The mechanism for utilizing the financial aid from the EU programme projects that an entrepreneur should first invest own money in the purshase of agricultural equipment or establishment of a new enterprise and get a 50% reimbursement of the investment only afterwards.
Most banks, however, are not ready to change their regulations especially for the agricultural sector, their main motive being that as these are short-term credits, the clients shall be entitled to repayment at lower interest rates. Each agricultural producer, whose project is approved, will be granted a maximum subsidy of EUR5,000 for the seven years of the programme's implementation. Although this is a tasty bit for any Bulgarian bank, most of the credit intitutions are not convinced in the trustworthiness of their future clients.
First Invetsment Bank, Unionbank, and Biochim Commercial Bank are ready to sign within a few days a memorandum of understanding with the Zemedelie Fund, which acts as SAPARD's agency for releasing the money under the programme. The memoranda will be necessary in order to coordinate the EU's requirements and the individual terms for crediting of each commercial bank.
After the consultations between the Zemedelie Fund and the commercial banks the idea for the establishment of a guarantee fund has been postponed for the time being. Under the initial plans, it was to monitor the projects' fulfillment and recover the extended amounts in cases of unsuccessful utilization. According to Stoyan Hristov, Executive Director of the Zemedelie Fund, relations between the bank, the client, and the Fund, is a sufficient guarantee for the transparency and legality of any future agricultural initiative. Mr Hristov expressed the opinion that the responsibility for drafting a project for a branch guarantee fund should be undertaken by the farmers' organisations and interested banks. 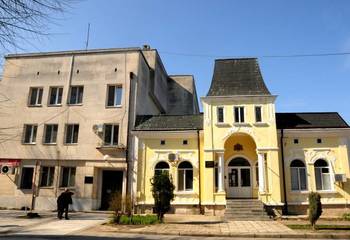