A general meeting of shareholders in the Armeetz insurance company will be invited in mid-September, the BANKER weekly learned. The main task of the meeting will be to finally settle the matters concerning the company's management. Advantages and shortcomings of the options for the management of Armeetz are presently being discussed. One of the options is to keep the two-tier management system (Supervisory Board and Management Board), another is to adopt a one-tier structure (Board of Directors). A third option - establishment of a common Superviory Board to control the activities of all financial institutions within TIM's structure - is being also discussed.Insurance circles are presently betting on Roumen Georgiev (incumbent curator of the Armeetz) remaining head of the company, indepent of the the management structure to be adopted. The incumbent Executive Director Nikolai Sotirov will most probably also remain in the management of Armeetz.None of the small shareholders has so far expressed willingness to withdraw from the company after the change of its ownership (91.1% of Armeetz have been cquired by Chimimport; 5% are held by the Ministry of Defence, and a little over 3% are in the hands of structures, connected with the same ministry).Chimimport's management is drafting a new market strategy for the development of Armeetz, Roumen Georgiev who has been curator of the insurance company for several weeks, said to the BANKER weekly. The document is to be finalized by the beginning of September before the general meeting of Armeetz shareholders. It will include proposals for changes in the general terms for the various kinds of insurances, new products and a programme for reorganization of the company's branch network.The focus when choosing the new services will be placed on financial insurances and servicing clients at one bank counter. Armeetz will be also developing the so called bank insurances, experts from the company commented. The case in point are various kinds of insuring credits kinds. (A partner of the company in these activities will be Central Cooperative Bank, whose major package of shares is held by Chimimport, and the latter is dominated by the Varna-based strong-arm group TIM).Another idea, considered by the management of Chimimport, is the establishment of a guarantee fund for financial risks. Thanks to the cooperation with CCB, this project has chances to be successfully implemented. Armeetz does not project to sell the Green Card insurance. The idea was discussed when the company was within the system of the State Insurance Institute (DZI), but negotiations were not finalized prior its sale.After the proposals for changes in the product scheme are ready, they should be moved for approval to the Agency for Insurance Supervision, whose reply could be expected by the year-end. Improving the activities of Armeetz outside the capital city will be among the company's priorities, Roumen Georgiev specified. This decision has been motivated by the fact that most of its competitors from the insurance branch have concentrated a significant portion of their business in Sofia and the big cities. This, however, would most probably necessitate the shut-down of some regional agencies and open new ones in more promising regions.The main target in the programme for development of Armeetz is the increase of its premium proceeds, which totalled BGN3MN in the first six months of 2002 (doen from BGN3.4MN in the same period of last year). Armeetz will be striving for annual premium proceeds of BGN20-25MN till the end of 2003 under the management of its new owners. This has been written in the company's business plan, submitted to the Privatiastion Agency when the company was sold.On June 14 Chimimport won the bidding for 91.1% of the company's capital, owned by the State Insurance Institute (DZI), paying BGN4.3MN. The initial purchase offer, filed by Chimimport in March, stood at BGN1.9MN, and the amount was later on increased to BGN3.6MN. Under the provisions of the privatisation contract, Chimimport cannot change the subject of activity of Armeetz over the next five years and keep the number of the insurance company's personnel. 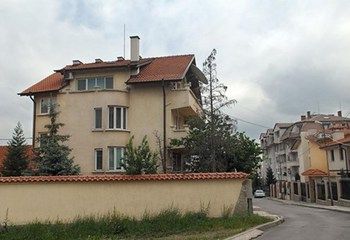 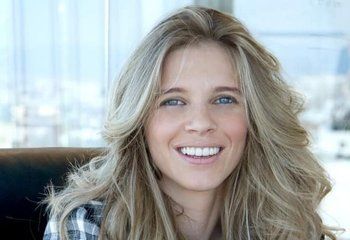