AKB FORES THROWN OUT OF THE BIDDING FOR VARNA SHIPYARD

The procedure for setting up a joint venture (JV) that would undertake the management of the Varna Shipyard (which is presently owned by Navigation Maritime Bulgare) was cancelled on August 12 by a committee, especially established for the purpose with the Ministry of Transport and Telecommunications.The complicated scheme for setting up the JV was launched back in the end of 2002 by Navibulgar BoD's chairman Slaveiko Staikov, who was replaced a month ago. His idea was to establish a JV, in which a chosen investor would participate by a 25% stake. After the shipyard transfers to the JV its main assets, the investor would acquire 75% of its capital. The balance of 25% had to remain in Navibulgar's hands. In order to avoid an unconscientious buyer, Navibulgar's principal (the Transport Ministry) had set a condition that 26% of the 75% stake, offered for sale, should be blocked in the Central Depository for at least three years. In case the investor fails to fulfill the contract requirements, he would be deprived of that share and control over the shipyard would go back to Navibulgar. On February 20 a tender was invited for the sale of 75% of the Varna Shipyard's assets. The term for submission of offers elapsed on April 14. Until then only four candidates filed bids: AKB Fores in a consortium with the Iranian state-run company Iranian Shipping Line; Baker Investment, registered in Liechtenstein; the British Madesta Holdings and the Greek Tsakos Bulgaria. Only two offers were rated - those of Baker Investment and of the consortium between AKB Fores and Iranian Shipping Line.The tender procedure was cancelled after Baker Investment (which received an invitation) withdrew from the negotiations, and the second potential buyer was entirely disregarded. The new Chairman of Navibulgar's BoD Kamen Kirov (appointed on July 25) did not specify the reasons for the off-shore company's withdrawal from the negotiations, neither did he say why AKB Fores was not invited. Mr. Kirov only stated that it was evident from the tender dossiers that Navibulgar had the right to stop the tender procedure at any moment. No new strategy for the Varna Shipyard's sale has been drafted. Mr. Kirov hopes that would be done within two weeks. The more so there won't be many options from now on. One of them is to sell the shipyard's assets as a self-contained part of Navibulgar. The other option is to transform the shipyard into a subsidiary of Navibulgar and seek a buyer for it. Whatever the new strategy, it will be implemented by new people. On August 12 Navibulgar's executive director Geno Genov was relieved of his duties. Rossen Kosturkov, 42-year oid, was appointed a new member of Navibulgar's BoD and Mr. Genov will be offered the position of an advisor on maritime issues with the Transport Ministry. The replacement caused the indignation of NMSII's deputies from Varna. Three of them - Nasko Rafailov, Stefan Minkov, and the Deputy Chairman of NMSII's parliamentary group Borislav Ralchev - met on August 13 to discuss the matter. It will most probably be referred to the party's political leadership. The motives for Mr. Genov's dismissal - Navibulgar's unsatisfactory financial results - have neither been liked by the MPs. According to them, Mr. Genov has not worsened, but has even multiplied the company's profit. The professional experience of the newly-appointed Rossen Kosturkov is quite impressive. He has sailed for eight years, worked as a technologist in Tramping Navigation for six years, and was employed at Navibulgar's subsidiary in London for two years. 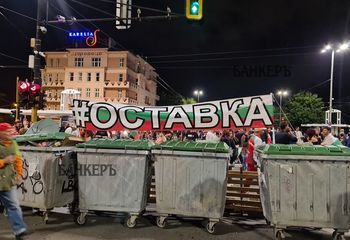 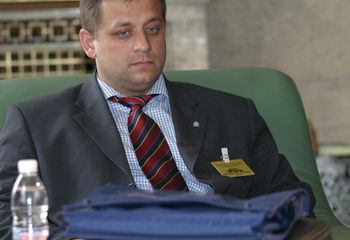