A NEW SCANDAL ABOUT THE HEALTHCARE FUND INFORMATION SYSTEM

One more attempt to have the information system of the National Healthcare Insurance Fund (NHIF)established is questioned. It was reported on June 27 that Hewlett-Packard was the winner in the competition, even though its offer was among the most expensive ones. Later the information was confirmed by Kiril Ananiev, Chairman of the Managing Board of the NHIF.The adviser of Bulgaria's Prime Minister, Todor Dimanov, who takes part in the Information Service Managing Board, said that on June 17 the experts of the Ministry of Healthcare allowed two applicants to the final stage - the consortium Intracom - Information Services (between Intracom Bulgaria S.A. and Information Services) and Hewlett-Packard. According to Mr. Dimanov, on June 21 the experts who assessed the offers presented another report under pressure on the part of the Healthcare Minister Bogoev. In the new document the Intracom - Information Services consortium was replaced by IBM.The public procurement for development of the system financed by the World Bank was announced in November 2004. Six companies applied for participation in the competition: Hewlett-Packard, Siemens Business Services, the Intracom Bulgaria AD - Information Services consortium, Oracle, IBM, and the consortium including BULL, the Romanian Siveko SA and the Israeli Macabi Health Care Services.The project management unit explained to the BANKER weekly that there was one report only. It includes the names of Hewlett-Packard and IBM, because their offers were the only ones to meet the technical requirements of the competition and in fact the two companies were the only applicants who corrected their offers in accordance with the recommendations. Later, Hewlett-Packard's offer was chosen because of the lower price. According to unofficial information, it amounted to EUR6,731,142, while the offer submitted by IBM was worth EUR7,161,392. Siemens offered to pay EUR5.8MN, Oracle - EUR3.9MN, and the consortium among BULL, Siveko SA and Macabi Health Care Services - EUR3.5MN.At the opening of the competition it was declared that the software should cost up to EUR7.5MN. The public procurement was held according to the requirements of the World Bank and the applicants were assessed in two stages. In the first one all offers were reviewed and recommendations were given to the applicants about how to correct the lapses in the technical parametres. In the second stage the experts decided which offers met the requirements and which did not.The project management unit director Dr. Mihaela Mihailova told the BANKER weekly that because of the fixed scandals the competition might fail and an agreement might not be signed. She noted that the information system needed to start operations no later than the end of March 2007, because this is the end of the new, 18-month longer, term for utilisation of the loan launched by the international financial institution. The company declared winner provided bank guarantees that the system would be ready by that date, she also said. However, it is not yet clear if the World Bank will approve the choice made by the Bulgarian commission.The local experts assure that the choice have not been made under pressure. The Minister of Healthcare only insisted that the time needed for the choice be shortened as much as possible, so that the term for utilisation of the money could be observed. The bank is expected to announce its opinion on the report on how the winner was chosen in a week. In order for the loan to be launched, the agreement with the company authorized to build the information system must be signed no later than the end of July 2005. 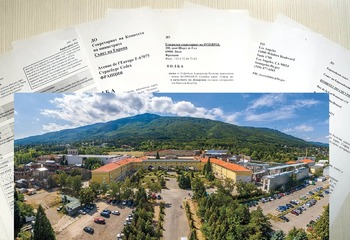 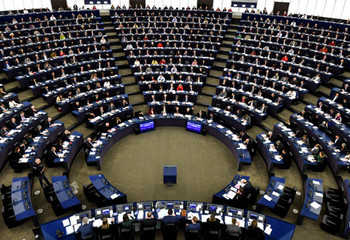