A DUTCH TO SUCCEED THOMAS O'BRIEN

Oscar de Bruyn Kops is the name of the new Resident Representative of the World Bank (WB) in Bulgaria. He will succeed Thomas O'Brien, whose mandate was over in end-August, 2001. Mr. Kops was born in 1953 and is married with two children, studying in Maryland. He himself is a bachelor of law and has a master's degree in management from a Dutch university. The new WB representative is a former expert on the UNO's Development Programme. The Dutch has worked for more than 20 years at the WB. His first foreign mission was as operative advisor in the capital of Indonesia Jakarta. Later on he was promoted and coordinated the execution of the bank's programme for Indonesia. At the early 90-ies Mr. Kops worked in Bulgaria on one of the first WB's programmes for our country. I have not been here for ten years and I must admit that the difference is considerable, announced Mr. Kops after his official presentation on Thursday (September 14). Mr. Vorkink described him as a man with profound knowledge on the East European economies.The Dutch will step in his post on October 1, 2001. He will move to Sofia together with his wife.

Rumen Radev: EC Report Is a Confession of Failure in the Fight against Corruption 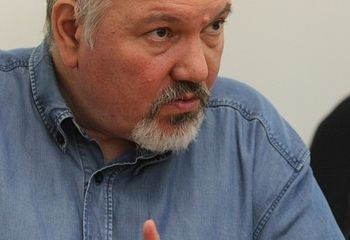