53 US COMPANIES TO ATTEND THE PLOVDIV FAIR

A total of 2,086 companies from 42 countries have applied for participation in the Autumn 2001 International Technical Fair, to be opened in Plovdiv on September 24 by Deputy Premier and Minister of Economy Nikolai Vassilev. The one-week exhibition will be attended for the first time by manufacturers from Australia, Vietnam, Indonesia, Kazahkstan, Canada, Korea, Luxemburg, Moldova, and Portugal.No one of the 53 US companies, approved to participate, has cancelled its attendance because of the terrorist attacks in New York and Washington on September 11, the press centre of the Plovdiv Fair specified. By tradition, Germany's participation will be the most impressive in this edition, too: 293 companies are expected.The 1,091 Bulgarian exhibitors will display their products in specialized halls: Machine-building, Infotech, Autotech, Chemistry, Stroytech, Eltech, and ENECO. Thirteen countries will be officially presented, among them Austria, Belgium, Great Britain, Italy, Macedonia, the Russian Federation, the Czech Republic and South Africa.A specialized international exhibition for fire and accident safety, named Planet Security 21 Century, will be held for the first time within the framework of the technical fair Autumn 2001. 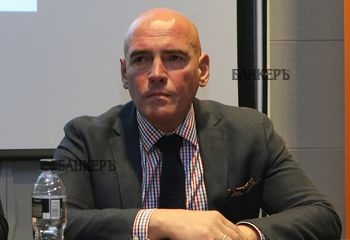